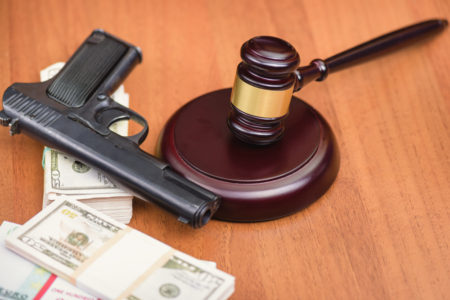 It appears we’ve reached a point in our country where citizens have to fight endlessly to protect basic rights guaranteed by the Constitution. That seems to be the case regarding firearms and the Second Amendment. We can no longer depend on our political leaders to do the right thing and the fight has been reduced to one of lawyers, guns and money.

The left discovered long ago that what can’t be achieved through the ballot box can be accomplished in the courts. We have no shortage of activist judges that rule more based on political agenda than on the Constitution. Fortunately, our current President is addressing that issue and seems to be making progress.

Normal Americans were slow to realize the power of the courts. As more honest judges are appointed to the courts, the legal system is looking increasingly like a viable path to regain our Second Amendment rights.

In California, our Second Amendment rights have been horribly trampled by gun control laws. We are now starting to see potentially successful legal challenges to these awful laws. California’s gun banning handgun roster is currently being challenged. In addition, the ammo law, standard capacity magazine ban, and the so called “assault rifle” ban are all being legally challenged. All these laws are obviously unconstitutional so many Americans are optimistic that the legal challenges will prevail.

As with most gun control laws, the goal isn’t increased public safety or reduced crime. The goal is to intimidate law-abiding citizens into giving up their 2A rights and to not own guns. Don’t be intimidated. Don’t be disarmed.

Gun control advocates, with the help of the media, have been misleading the public for years using emotional terms like the “gun violence epidemic”. There is no gun violence epidemic in America. About 0.003% of our population are killed by murderers using guns each year. That’s not an epidemic. Almost half those murdered are criminals killed by other criminals. To provide some perspective, Elizabeth Warren has about eight times that percentage of American Indian blood in her body.

Needless loss of innocent life is always tragic no matter the cause. As a society we should do all we can to reduce this loss of life and we’ve made great progress in many areas. But in the case of murders involving firearms, the subject has become so politicized and the public has been so badly misled that it isn’t currently possible to seriously address the issue. As a society we should demand better. We should not allow politicians to use these tragedies to advance a political agenda at the expense of innocent Americans.

For now, Americans should not be intimidated and should continue to legally purchase and enjoy any firearm they so choose. Invite a first-time shooter to the range. Introduce new people to the shooting sports. Educate friends, family, and colleagues at every opportunity. Vote dishonest politicians out of office. These are things gun owners can do.

Money is unfortunately required to win elections and get the right people in office. Gun control advocates are well funded and have learned how to use money to influence legislation and mislead the public.

Bloomberg funded organizations, for instance, have produced studies containing false and misleading information that is then widely promoted by the media in support of gun control. One example is this media report claiming there have been 288 school shootings in America since 2009 and that we have 57 times the number of school shootings than other industrialized nations. These numbers are false. By creating their own definition of “school shootings” the authors make the numbers appear much greater than they actually are. Yet these numbers are enthusiastically repeated throughout the media. This false reporting is used to mislead the public and fuel emotion that is then leveraged to further the agenda of gun control advocates. All of this is fueled by money.

Fortunately, there are many Second Amendment advocacy groups doing great work in actively fighting to restore and preserve your rights. These groups need your support and your money. Find several groups that you like and please support them. They can’t win without our support.