A Disturbance in the Force – What Just Happened With Standard Capacity Magazines in California? 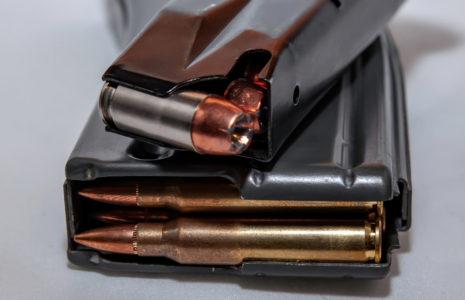 The evil empire that rules from Sacramento experienced a disturbance in the force last week. The US District Court for the Southern District of California permanently enjoined California’s ban on standard capacity magazines. Judge Roger T. Benitez wrote the well thought out and logical opinion. An analysis and the full opinion can be read here.

The ruling was in regard to a legal challenge to these unconstitutional laws brought by the California Rifle and Pistol Association (CRPA), and the National Rifle Association (NRA). All Californians should be grateful to and support these organizations for the work that they do.

In a not unexpected move, the State sought an injunction to stop the sale of standard capacity magazines. Judge Benitez stayed his own ruling thus allowing citizens to keep their legally purchased magazines. Argument will now continue through the appeals process. The practical result was that from March 29 until 5:00 pm April 5th Californian’s were, like other Americans, able to legally purchase standard capacity magazines.

The legal activities of the past week did produce a somewhat unexpected result. There now seems to be a fair amount of confusion about what’s legal regarding your standard capacity magazines. Generally standard capacity is 30 rounds for a rifle and 15 or 17 rounds for a pistol. Exact capacities vary by firearm. In an effort to shed some light on the subject I thought we’d examine it here.

This is so absurd that it is difficult to write yet is, I believe, factually correct. As always, to be safe you should verify these things for yourself. Violation of these laws could result in serious penalties and loss of rights. The State has set serious legal traps for law-abiding gun owners so you need to beware. The following is what you currently can and cannot do with your standard capacity magazines:

All this is actually good news. Our Second Amendment rights have been under vigorous attack in California for quite some time. Judge Benitez’s opinion is so well written, logical, and factually supported that the chance of these laws being overturned once and for all is very good. I believe that will be the eventual fate of most of California’s oppressive gun laws.

Why is the CITY COUNCIL of the City of San Diego able to make a law requiring voters to lock up their guns in a safe WITHIN the privacy of the home of the voter?

Is this not an infringement of the voter’s rights under the 2nd AMENDMENT OF THE CONSTITUTION OF THE UNITED STATES OF AMERICA?