Are Body Armor Bans Next? 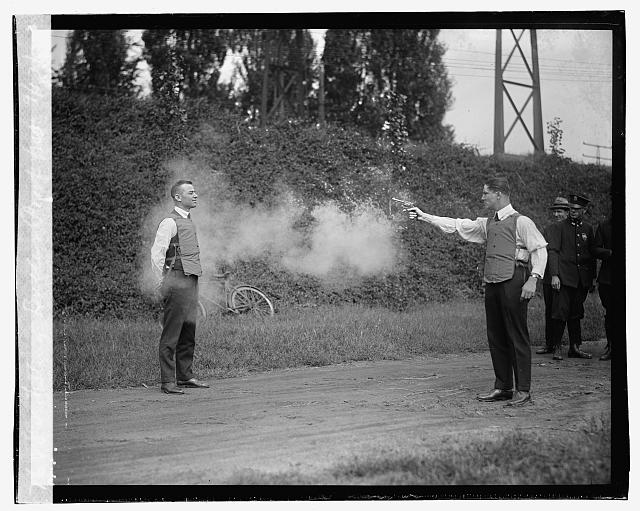 District Judge Glenn T. Suddaby made headlines earlier this month when he issued a Temporary Restraining Order blocking some provisions of New York State Senate Bill S51001. This draconian new bill has drawn significant attention in the popular sphere since even before Governor Kathy Hochul signed it into law on July 1st of this year. S51001 is an ambitious attempt by New York’s state government to contravene the U.S. Supreme Court’s recent NYSRPA v. Bruen decision apparently striking down may-issue concealed carry laws.

Garnering far less media attention, however, is a provision of the bill that outlaws the purchase, sale, and delivery of “any product that is a personal protective body covering intended to protect against gunfire.” In other words, it is now illegal for most of New York’s 20 million residents to buy body armor or any other type of clothing with ballistic protection. Note the use of “most” in the previous sentence. The law does provide an exemption for people whose jobs “may expose the individual to serious physical injury that may be prevented or mitigated by the wearing of body armor,” which of course is at the discretion of entities within the state government.

To anyone who takes a moment to think critically on this topic, it quickly becomes apparent that New York’s state legislators and governor have decided they cannot trust the citizens who elected them. No longer content with restricting citizens’ ability to defend their lives through violent means with firearms, New York has now removed its citizens’ ability to defend themselves through nonviolent means. It simply scares the government of New York too much for ordinary people to be able to protect themselves with a piece of equipment whose only danger arises if it falls on someone’s toes. Unfortunately, depictions of body armor in popular media have caused the uninformed public to look very unfavorably on armor and those who own it. The uninitiated imagine violent extremists walking around in public wearing bulky military-style modular plate carriers like something out of an action movie, when in reality, ballistic protection can be had in highly discreet forms. Many companies produce soft armor in the form of t-shirts, concealable vests, and jackets; the intent being for wearers to stay protected in high-risk situations without drawing unwanted attention.

Why, though, should the rest of the country care about New York’s unfortunate development? What bearing does an armor ban in the Empire State have on gun control in California or anywhere else in the country? Consider that access to protective equipment is one of the most basic extensions of the fundamental human right to self-preservation and recall that S51001 has exceptions only for groups of people deemed “worthy” by the state government. This is reminiscent of California’s “Roster of Certified Handguns,” another scheme to limit what ordinary people can and cannot use to defend themselves that doesn’t apply to law enforcement and certain other employees of the state. The record already shows that eligible state employees have abused their positions to traffic in off-roster handguns; one can only imagine the black market in body armor that would spring up in the notoriously corrupt state of New York.

Even beyond California, anyone with an interest in self-protection and individual liberties should sit up and pay attention. Congress has already tried and failed multiple times to ban body armor and the governments of many other countries have succeeded. Those of us who care about keeping our rights and our lives should pay closer attention to any bill that would restrict sale or ownership of armor. Whether or not we choose to own any, it is also incumbent on each of us as informed citizens to educate our fellow Americans about the benefits of nonviolent self-defense and recent efforts to restrict it.

Previous PostThe Good Guys Score First in New York Concealed Carry Case – A federal judge temporarily blocked much of the New York version of California’s SB918, a good sign for California concealed carriers
Next PostThe Most Important Election of Your Life (Have you heard that before?) – We’re less than two weeks away from an election where many of our fundamental rights may be at stake including those protected by the Second Amendment