Words Matter in the Fight for Gun Rights 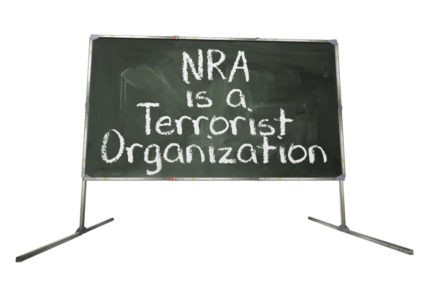 Words are important. Words matter. To quote Tucker Carlson “language makes thought possible”. Words are needed to describe ideas. When those on the left make up new definitions for words in order to advance an agenda we are entering into a dangerous area.

San Francisco, once one of the most beautiful cities in the world, has deteriorated into an absolute nightmare on almost every level. From the overwhelming number of homeless, to the steadily increasing level of crime, to the number of drug addicts, to the filth and likely reintroduction of once eradicated diseases. All the result of disastrous policies of a far left city government.

So, what does a government do when its policies have literally destroyed the city it was entrusted to govern? It changes the words. If there is no word for “criminals” then we must not have crime.

This is exactly what the City of San Francisco has done. The City Board of Supervisors has decreed that there are no longer “convicted felons” in the city. Instead, those individuals will now be known as ‘justice involved individuals”. Drug addicts no longer exist in the city, instead we have “people with a history of substance use”. What this does, in addition to impeding rational thought, is create a moral equivalency. Criminals and victims are both justice involved individuals. Drug addicts and insulin dependent diabetics are both people with a history of substance use. No difference.

This approach has been used by gun control advocates to mislead the public for decades. In the latest twist, again brought to you by the wonderful leaders of San Francisco, the NRA has been branded a “domestic terrorist organization”. Mind you in reality the NRA is probably the oldest and most successful civil rights organization in the country.

When you’ve made your choice, you need to do a few things. Get involved. Become engaged. Educate yourself and others. The time for sitting back and letting others do the work (I don’t like politics; I just want to shoot my gun) is past. If you care about the future, you need to take part in creating it.