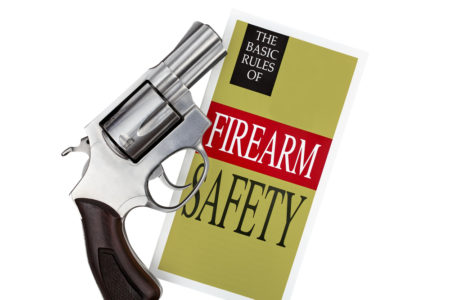 Recently the San Diego City Council approved an ordinance requiring gun owners to store guns in a locked container or make them inoperable when not being carried or in use. The ordinance was proposed by a local anti-Second Amendment group and created by the San Diego City Attorney’s office at the direction of Mara Elliott.

Elliott claims “our families will be safer once this law is on the books”. How so, one might ask? Following this politically motivated, dangerous ordinance would make a firearm completely useless for home defense. Home defense is an important reason people own guns in the first place. Your family would be less safe if you chose to follow this ordinance.

Let’s go back to safety for a moment. Assume, for a moment, that the ordinance is about safety rather than just another way to discourage gun ownership which is the real intent. How safe are guns?

Consider information from the Centers for Disease Control (CDC) on non-fatal accidents involving firearms in 2014. There is nothing special about 2014, it’s just a recent year for which information is available.

If we examine CDC information for 2014 on fatal accidents involving firearms, we see the following. There were 586 fatal firearms related accidents in the U.S. that year. That’s 0.4% of the 136,053 fatal accidents. Mind you there were about 90 million gun owners and 371 million guns in the country in 2014. Again, for perspective, drowning accounted for 3.0%, suffocation for 5.0%, falls 23%, motor vehicles 25%, and poisoning 31%.

While these accident rates would seem completely reasonable to most rational adults that took the time to educate themselves as to the facts, we should all strive to make the use of firearms safer. The way to accomplish this is through education. There are many extremely successful firearms education programs available today. The more children and adults we can educate, the safer everyone will be.

Another aspect of safety is your personal safety. We touched on personal protection in the home but what about outside the home? Firearms allow citizens to protect themselves outside the home. Laws that intentionally discourage citizens from owning firearms endanger us all.

While we live in a very safe country, bad things happen to innocent people every day. The chances of being a victim of violent crime are greater than you would think. There were 5.9 million violent crimes committed in the U.S. in 2014. A 2013 study directed by President Obama found guns were used by citizens to defend against crimes at least 500,000 times and the number could be much higher.

Closer to home, a mountain biker was recently robbed at gunpoint and shot on a trail at Lake Hodges. I used to ride on that trail often and I still kayak on Lake Hodges regularly. The bottom line is that you are responsible for your own safety. No one is coming to the rescue. You are your own first responder. I recommend the following sage advice from SDCGO Executive Director Michael Schwartz:

Previous PostSend Lawyers, Guns, and Money
Next PostWords Matter in the Fight for Gun Rights

Is this just for the incorporated city of San Diego, or does it also affect the unincorporated county?
Does SDCGO website have list of the city council members for a letter /e-mail writing campaign?

It is just the incorporated city of San Diego.
Their email addresses are on the city’s website, but letter writing isn’t as effective as getting the right people elected.