Will California Gun Owners Ever Be Able to Stop Butchering Their Rifles? 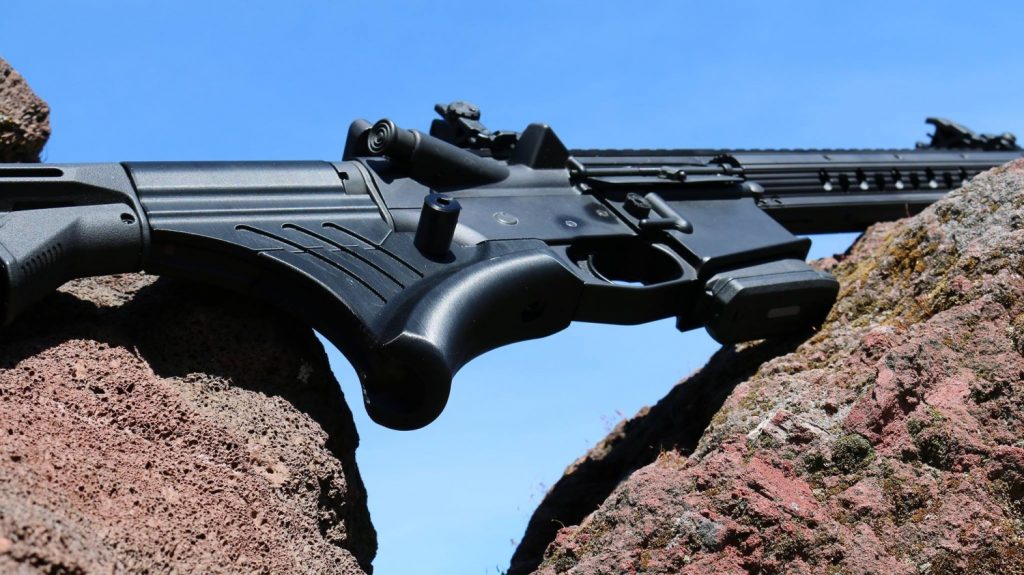 It would seem at times that the whole state might be happy to outlaw guns completely.

Yet there are several gun enthusiasts in the state. What about them?

Aside from forcing its citizens to butcher their rifles by swapping out pistol grips for large flippers, pinning collapsible stocks, and unscrewing a flash suppressor from the barrel, California has passed some pretty aggressive gun laws.

Camouflage gun cases are illegal. Anything too concealable, such as “wallet guns,” whatever that means. Anything scary.

What’s next California? Any gun that’s painted black? The use of a pistol red dot sight? A statewide speed limit for bullets? I guess we shouldn’t be giving them any ideas.

Times are Changing, even for California

Fortunately, people nationwide are getting tired of all the excess regulations that remove not only our ability to defend ourselves but to defend our country if the occasion calls for it.

The second amendment has been interpreted in numerous ways by different people, but it’s hard not to see what the founding fathers had in mind while drafting it up after fighting a war against the British for their freedom.

Over much of the last hundred years, gun laws have gotten tighter and tighter. Whether it is the voice of hundreds of thousands of new gun owners across the country since the start of the coronavirus pandemic, the election, or any other number of reasons, the game is changing.

In August of 2020, a state court of appeals voted that the high-capacity magazine law in California is unconstitutional. This was a tremendous blow by judges in the state. It almost seems impossible that something could happen like that in Cali.

Note- due to a stay issued by the lower court, it may be a while before you can run out and buy some of these magazines, but the day is coming.

And more is on the way.

A New Federal Judge for the 2nd Amendment

Amy Coney Barrett is standing up for gun owners at the federal level, and this could mean that the anti-gun empire of California could be in for more of their laws to be scrutinized for their constitutional legality.

Many people have discussed the 2nd Amendment in the courts over the years, but our new justices are playing a whole new ball game. Constitutionality may be questioned in terms of history and tradition, meaning that the state would need more than a “compelling interest” to pass gun control legislation.

Or any other breach of the constitution for that matter.

It’s a little tricky with a lot of lawyer talk, but essentially, if there can be found no 18th-century corollary where a law with similar intent was seen as constitutional, then it might be time for that law to hit the bricks.

This goes way beyond high-capacity magazines. Military-style weapons (and potentially military-grade weapons), bayonets, suppressors, carry permits, etc. Outside of California itself, even the NFA and GCA stand to be challenged in various ways.

And all of this nonsense about pistol grips, camo patterns, and flash suppressors will surely be first on the list.

And yes, these changes, because they are protected constitutionally, would extend to the state governments as well as cities and small municipalities.

In conclusion, there’s light at the end of the tunnel, California. Hang in there. You should be able to put your AR or AK back together in a normal configuration sooner than you think.

Things will move along even faster by donating or joining the California Gun Rights Foundation and San Diego County Gun Owners. You’re capable of doing more than you probably think, so fight for what you believe in!

Richard Douglas writes on firearms, defense and security issues. He is the founder and editor of Scopes Field, and a columnist at The National Interest, 1945, Daily Caller and other publications.