What If Someone Sees My Concealed Carry Gun? 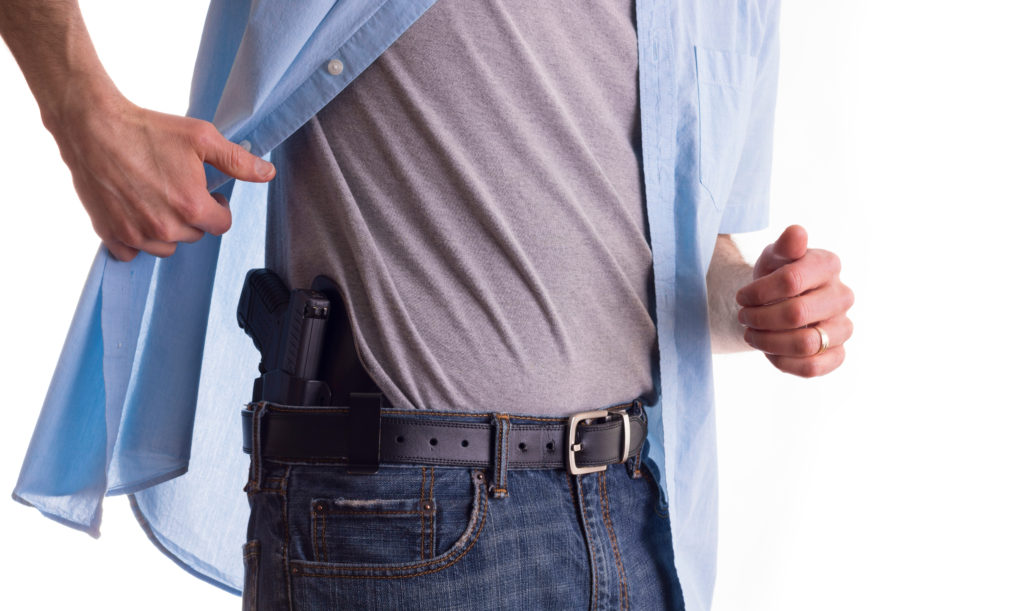 Many people new to concealed carry wonder what happens if someone sees their gun. We all remember how it was when we first adopted the carry lifestyle. Constantly worried about printing, frequently checking to make sure the gun is there, adjusting clothing and that feeling that everyone knows. With time all of that goes away.

The subject of inadvertently displaying a concealed firearm is of somewhat more concern for those of us living in states that are aggressively hostile to gun owners. The combination of harsh, irrational gun laws and a large number of hoplophobic citizens requires us to be more aware and vigilant.

There are two aspects to this issue, the legal aspect and the social aspect. The legal concern is running afoul of brandishing laws. The social concern is dealing with the reaction of an irrational, misinformed member of the public.

In California, brandishing is covered by California Penal Code 417. Surprisingly the text of the law is not unreasonable. To be considered brandishing, the firearm must be displayed in a “rude, angry, or threatening manner”. Rude is likely open to interpretation but generally this isn’t too bad.

Given that, you’re probably safe in the event that you inadvertently expose the bottom of your holster briefly while reaching for something on the top shelf or a gust of wind momentarily blows open your cover garment. There is no guarantee that you won’t have a problem with a misinformed LEO or hostile prosecutor, and the penalties are harsh, but the law isn’t as bad as one would expect in California.

The social concern involves dealing with the reaction of a hoplophobic member of the public who notices your firearm. Concealed means concealed so this should never be a problem however, reality shows us that stuff happens.

There has been an aggressive effort over the past fifty years by the media and anti-gun folks to demonize guns and gun owners. The effort has been largely successful resulting in a badly misinformed public.

You might recall the recent incident in Tempe Arizona where the sight of four police officers drinking coffee made a likely unbalanced member of the public feel unsafe. The officers were asked to leave the store. This kind of irrational behavior by members of the public and store management is not uncommon today.

So what to do if you find yourself in a similar situation? First and foremost you want to be the calm, rational adult in the room. Let the anti-gun crazy be the crazy one, they’re good at it. Also you want to remove yourself from the situation as quickly and painlessly as possible.

You are not going to educate anyone or change any minds today. Interact with management if need be but don’t argue the point. Do what you need to do, say what you need to say to de-escalate and remove yourself from the area. Save education for another day.

Gun owners have themselves to blame for allowing the public to become this misinformed regarding firearms. We all have the responsibility to educate the public regarding firearms and our community. Refuse to elect politicians that don’t support the Second Amendment. Challenge misinformation when you hear it. Take new people to the range and introduce them to our sport. Support groups fighting for your rights. Be a gun ambassador!

Previous PostWhy Bother Showing Up?
Next PostAccept Responsibility for Your Own Safety – 24/7/365