Why We Support the Second Amendment 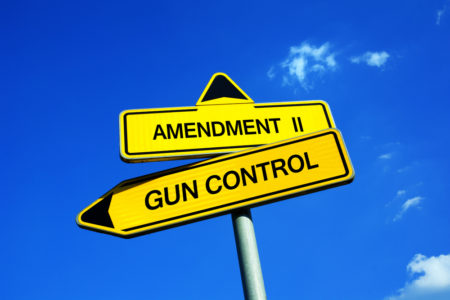 In the wake of the Las Vegas shooting tragedy both sides of the gun control debate are working at full speed.   We still don’t know the facts, or his motive, what we do know is one evil man prepared to, and caused mass carnage on a scale that is unimaginable to the average person.

After Las Vegas, or any mass shooting, it becomes important as a gun rights advocate to take a look at what you are advocating for.   As an American, it is impossible to not feel a huge amount of sadness and empathy for the loss of innocent life after these events. These feelings evoke emotional discussions in which both sides of the debate will be resolute in their beliefs. Both sides of the gun control argument have one thing in common; that they both seek to protect innocent life. They just disagree on how to accomplish that goal.

Anti-gun politicians immediately used this tragedy to start another push on gun control, followed by celebrities spouting their expert opinions like “NRA members should be shot” (N. Sinatra). Every news network will run non-stop coverage for weeks, and the gun control debate will stray further from facts, and become increasingly emotional. The legislation will come; some of your rights will be lost. It is a difficult time to be a gun owner and advocate.

We must remember what we are fighting for; we must remember that we are fighting for civil rights! Written by our Founding Fathers not for hunting, not for shooting sports, but as a last line of defense against tyranny, including from our own government. The Second Amendment is the last guarantee of freedom, life, and liberty for the American people.

Rights Matter. It is not a bill of wants or needs; it is a “Bill of Rights”. The second amendment is not a second-class right; it is no different from your right to your freedom of speech, your right to a trial by jury, free press.   It is no less important than your protection from unreasonable search and seizure, or right to assemble.   These rights ensure that their government abuses no citizen, and every man is treated as equal under the law. These are all important; they are all worth fighting for!

During these times of sadness, we should mourn as a nation. Not all of us will suffer like those who have lost loved ones. Every victim was a life full of hopes, dreams, and desires. The loss of one innocent life should be enough to make someone do some introspection about their beliefs. One thing I believe it is vital to remember is that both sides are seeking to protect innocent lives.

Gun control advocates will claim we are pro murder, they will say that the blood of the innocent is on the hands of those who wish to protect Second Amendment rights. They will talk about needs, hunting, and make arguments and accusations so asinine that they don’t merit consideration. I, for one, will continue to fight for my god given rights.

I will fight to protect the right that allows me to choose how I defend the lives and liberties of the ones I love. I will support 2nd Amendment groups like the San Diego County Gun Owners, so that my children, my grandchildren, and their children, will enjoy freedoms and rights that made my life and this country great.

Our country will heal. Our strength as a country comes in what we have in common, not what divides us. Evil will not prevail here; together we will not let it. My thoughts and prayers are with those who were injured, and with those who lost love ones.

Previous PostCCW Permits in San Diego County – What the Numbers Are, What the Numbers Should Be
Next PostWAVES Charity Shoot – How Much Longer Will Great Events Like This Be Possible in California?