Reconsidering SCOTUS in the Fight for the Second Amendment 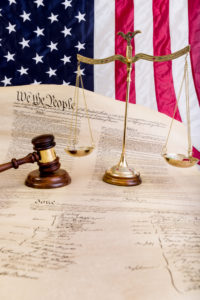 In 2017 I wrote an article questioning the wisdom of depending on the Supreme Court of the United States (SCOTUS) to protect the Second Amendment (2A) and the rights of gun owners in America. Over time there seemed to be too many instances where SCOTUS declined to hear a 2A case or when they did, the ruling seemed too weak. Lately I find myself reconsidering my position.

To be clear, I’m not suggesting that responsibility for defending the 2A should rest primarily with the courts. All Americans are responsible for protecting the Constitution and gun owners in particular need to be active, educated, and engaged in that effort.

The 2A has been vigorously under attack for the past fifty years. Guns and gun owners have been consistently demonized and attacked by the left with the active help of the media. The current situation is mostly the fault of apathetic gun owners who showed little interest and offered almost no response.

Members of the public that do not own guns have been intentionally misled for so long that they are now woefully ignorant regarding firearms. This ignorance allows them to be easily manipulated by gun control advocates. This manipulation in turn leads to the proliferation of the dangerous and unconstitutional gun control laws we see around the country today. These laws are overwhelmingly politically motivated and have little to do with increasing public safety or reducing crime.

This brings us back to SCOTUS and the 2A. The Court has finally decided to hear a 2A case, that being New York State Rifle & Pistol Association v. City of New York. The Court will decide “Whether New York City’s ban on transporting a licensed, locked and unloaded handgun to a home or shooting range outside city limits is consistent with the Second Amendment, the commerce clause and the constitutional right to travel”.

The New York City law is one of the most grossly abusive and dangerous gun control laws in the country. Any rational, unbiased adult would recognize the law as harassing and endangering citizens while providing no public benefit. By agreeing to hear the case the Court will have an opportunity to begin to correct the rampant abuse of the 2A that we are seeing today.

What I hope to see from SCOTUS going forward are rulings on 2A cases that restore the 2A to its rightful place as a valid amendment to the Constitution, equal to all others. For too long the 2A has been viewed as a “second class” amendment and treated as such. SCOTUS needs to rule once and for all that Americans have the right to keep and bear arms and that right shall not be infringed.