Depending On SCOTUS Is Not a Winning Strategy 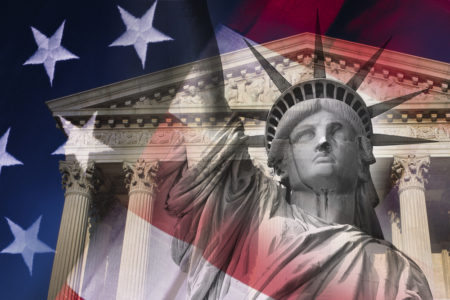 The Supreme Court of the United States (SCOTUS) has declined to hear Peruta vs. California. The short story without going into all the legal details is that the 9th Circuit Court ruled in the Peruta case that the second amendment does not grant the right to individuals to carry concealed weapons in public. That really wasn’t the question before the court but by ruling that way the court provided an excuse for Sheriff Gore to continue to unilaterally deny otherwise qualified and trained San Diegans the ability to defend themselves outside the home.

The hope was that by appealing to SCOTUS the ridiculous 9th Circuit ruling would be overturned and the real issue would be addressed. That appears to no longer be a possibility. For those wishing to read the legal details they are explained nicely here in the dissent written by Justices Thomas and Gorsuch.

So what does this mean for San Diegans? Really not much. The 9th Circuit ruling didn’t impact Sheriff Gore’s ability to issue at all and neither did the recent SCOTUS decision. The reality is that Sheriff Gore is free to consider self-defense a legitimate reason to issue CCW permits to qualified individuals at any time, he just chooses not to.

The takeaway for all of us is to realize that depending on the courts to restore our rights in California is not a winning strategy. Certainly legal challenges should be pursued as one of many options in the fight. Organizations like the NRA and CRPA do a fine job of employing those tools and are currently pursuing other litigation in California related to our second amendment rights.

The winning strategy for us is to do everything we can to get the right people elected to office. Most of the gun control laws enacted in California do little to increase public safety and even less to reduce crime. The politicians who write and pass these laws know better and are being disingenuous. These dishonest people are elected to office because California gun owners have become apathetic and disengaged.

If you are not a member of SDCGO now is the time to join and help us get the right people elected to office throughout San Diego County. If you are a member now is the time to sign up two of your friends. Large numbers are the key to our success. The more members we have the more influence we have and the more we can do to restore our rights.

No one else is going to do this for us. If we value our rights, now is the time to step up and fight for them. The people who want to take away our rights are motivated, organized, well funded and will not stop until there are effectively no guns in California. If you care about your rights now is the time to get involved.

hey Michael,
you need to create an RSS feed, would love to add it to our front page at http://northcountyconservatives.org website

All this content would make a great rss feed, ask your webmaster how to do it…