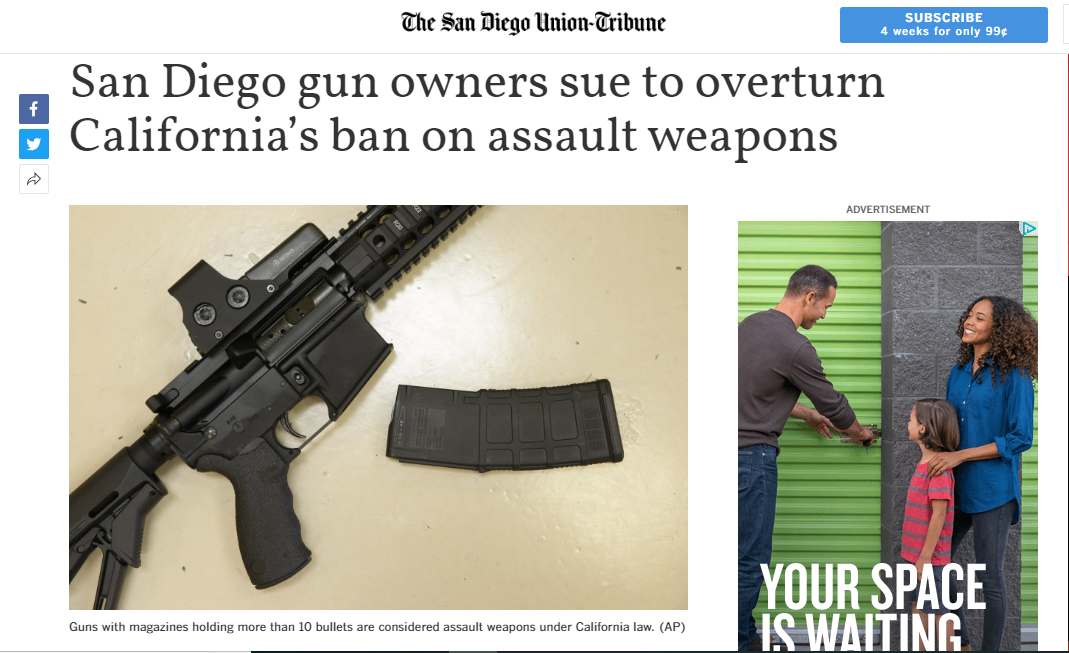 Buoyed by a court victory that overturned California’s ban on high-capacity gun magazines, a group of San Diego gun owners is now going after the state’s ban on assault weapons.

Three San Diego County residents and the San Diego County Gun Owners Political Action Committee filed a lawsuit against the attorney general and the chief of the Department of Justice’s Bureau of Firearms in San Diego federal court Thursday on Second Amendment grounds.

The gun owners point to U.S. District Judge Roger Benitez’s ruling in a separate lawsuit in the same court in March, which held that the state’s ban on possession of magazines that hold more than 10 bullets was unconstitutional.

If ownership of such magazines is legal, then use of them should be legal as well, argued the gun owners’ attorney, John Dillon.