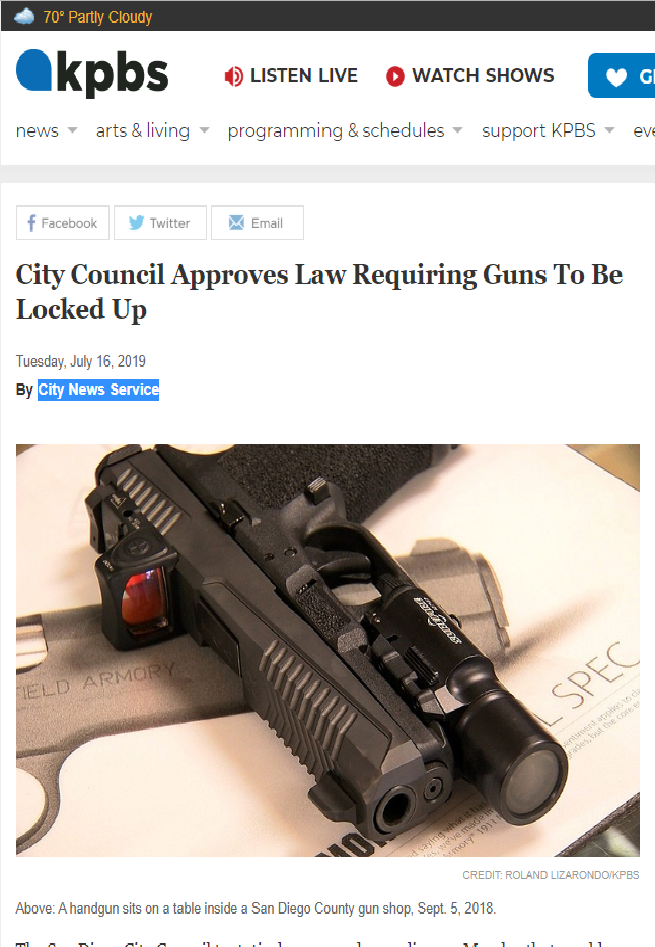 The proposal's opponents said it infringes on their Second Amendment rights, particularly for gun owners who do not have children living with them. Under current state law, gun owners are required to keep firearms in a secure container or disabled with a device like a trigger lock only if they live with a person who cannot legally have a weapon under state or federal law.

Opponents also argued the proposal is unenforceable and that locking a gun in a safe would make it difficult to access and use in a moment of self-defense. Wendy Hauffen, executive administrator for the San Diego County Gun Owners political action committee, suggested breaking the law should be an infraction rather than a felony or misdemeanor.