Why Bother Showing Up? 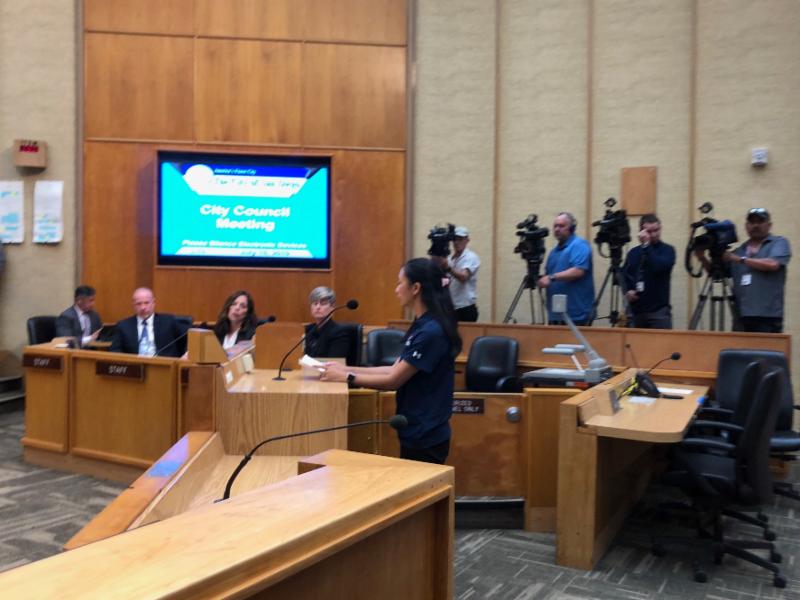 This week, on Monday, July 15th, the San Diego City Council voted 6 to 2 to approve a law forcing all residents of the city to keep all their firearms disabled or locked when inside your home unless you’re controlling the firearm.

Aside from the law’s language being vague, it’s an enormously bad, overreaching law. SDCGO worked hard to bring this proposal to the attention of the Second Amendment community months ago. We put out the call 3 weeks prior, for people to show up at the City Council meeting to oppose this measure.

Despite having dozens of people there to make a statement in opposition, it still passed. It’s like the Council members weren’t even listening. So why bother showing up?

There are few points you, as an activist, need to know.

–They aren’t listening. Their mind is made up before the meeting starts. In my 11+ years of activism, only one time have I seen a crowd change a vote by showing up.  It is so rare that a council/board member will change their mind due to what a public speaker (you) says. As I will discuss below, the point of showing up is not to change their mind.

–The work happens before the public meeting and vote. A few years ago, in Encinitas, their City Council proposed the same storage law.  By meeting with Council members prior to the Council meeting, SDCGO defeated it before it even went to Council.  The other side has been doing this for years – fostering connections with elected officials and making convincing arguments in private.  Finally, thanks to SDCGO, we now have the capability to do the same.

Meeting with the elected officials days and weeks leading up to the meeting can be effective. You could clarify the consequences of the law passing or at least make changes to the proposal.  That is what SDCGO did in this case, but even then, sometimes it doesn’t work.

–We show up to make a statement; not because we are guaranteed to win. Getting people to show up at a City Council meeting makes it harder the next time they try to pass anti-Second Amendment laws like this firearm storage law.

It may seem like the goal is to make a strong, convincing argument and then the board HAS to change their mind once they hear the error of their ways; when in fact, the goal is to get a large crowd so the meeting drags on and on, to make sure the media covers the City Council meeting, and to make emotional-based statements so the media covers our side of the story.

The bigger deal we make out of it, the more uncomfortable we make it for elected officials to vote for bad laws. The more press coverage we get showing elected officials overstepping their authority, the harder it gets for someone to propose another bad law.

Instead, base your comments on who you are and why you are an important part of society.  Tell them how the proposal will affect you and those who you love. Show them what it is like to walk in your shoes.

If gun owners show up wearing gun slogan shirts or hats, and act rude to other members of the public and to the elected officials… we are worse off than when we started.  It makes it easier for them to dismiss you and vote against you. It permanently taints every gun owner across the country.  Just like you wouldn’t wear a suit in a duck blind or to a tactical class, we need to dress the part.

We are professionals, parents, leaders, business owners, managers, and employees.  Most of all, we are the pillars of society who are finally becoming active in the fight to restore and protect our Second Amendment rights, and we should act that way.

–The most effective way to stop bad laws is getting the right people elected.  Spending an ounce of time helping to get the right person elected is worth pounds of time spent trying to change the mind of an elected official already in office.  This October, SDCGO will publish our first round of endorsements for the 2020 election.  Please commit right now to supporting our endorsed candidates with your time (walking neighborhoods, manning phone banks, sharing our voter guide) and your donation, so we never have to ask you to show up to a City Council meeting to fight a bad law.

Get them in office now so we don’t have to fight in the future.  That’s activism.

There will be one more chance to prove that we can show up at City Hall.  The San Diego City Council will vote on the regulation once more.  We will let you know when.  Please commit to attending.  Those attending will be allotted one minute to speak.  Use that minute wisely. Come with a well-prepared one minute statement, or consider donating your time to SDCGO for a longer presentation.

The fight for our rights is a tough one, but we will not give up. Together, we will win!

Previous PostShould You Patronize a Business That Demonizes Gun Owners?
Next PostWhat If Someone Sees My Concealed Carry Gun?

Great Article – I need to get involved!

Nice article and very true. Show up as professionals and have your comments prepared. Thanks Michael.

While I don’t live in the City of San Diego, I live in the county and I can tell you that the County Board of Supervisors and the various cities across the country watches closely what the City does. I expect this law to start taking root in the minds of various city councils/the county board of supervisors on how to pursue another way to hobble my rights and within my own home.

Fine, let’s not make this a 2A issue, but one as a matter of safety. The City Council decided that this law was for the safety of children. In effect what they told every SD city citizen who owns a firearm is that they know better how to raise their children than you do because they passed this law to protect them. It’s another notch taken out of your parental rights within the city. Also, the city council is telling you as an adult that you are incapable of being safe or observing safety within your own home as it relates to firearms. What about any other device they could be deemed dangerous within your home? Do I even have to spell that out?

This ordinance and ordinances like it are direct attacks on our liberties/freedoms and even for those people who neither own firearms or ever wish to because an ordinance like this has now been set up as a foot in the door of your privacy, your liberty for government to basically make laws to regulate you within your own home. Furthermore, I see this as a direct, yet subversive attack against The Castle Doctrine.

Let me explain how. I have my weapons locked up. I experience a break-in at my home. I am able to somehow have enough time to access my weapon to free it from its secure site per this city ordinance and use it against the home intruder(s) if I believe that my life is in imminent danger. Then comes the after-effects. Who is going to make the determination that my weapon was secured prior to it being used? The police? A (Deputy)DA? Now I have to not only deal with the consequences of defending my home/property, but now I have to undergo an added layer of scrutiny about weapon security and that determination. An attack on the Castle Doctrine.

The government will attack this doctrine to the point of uselessness. They will now have a wedge into your home and this passed ordinance is a direct attack on that. This ordinance should be sued into non-existence at this point and I wonder if anyone is taking up that legal fight to do so. It always is that we law-abiding citizens are the ones how to have to capitulate to the demands of the state to comply with what they believe is right for us instead of championing our rights and emboldening and strengthening the God-given rights we enjoy.

This is the tyranny of power by people who are ill-equipped to wield it. We’ve lost sight of what it means to be a citizen and instead, we as citizens are being whittled down cut by cut, shred by shred. I applaud the efforts given to try and stop this, but at what point do we stop making the encroachment on our rights a defensive action and start going on offense? Because if this is what going on offense looks like, then we are not going to win and reverse any of this. It will get worse.