The Joys of Reloading – One Response to Ridiculous Ammunition Laws 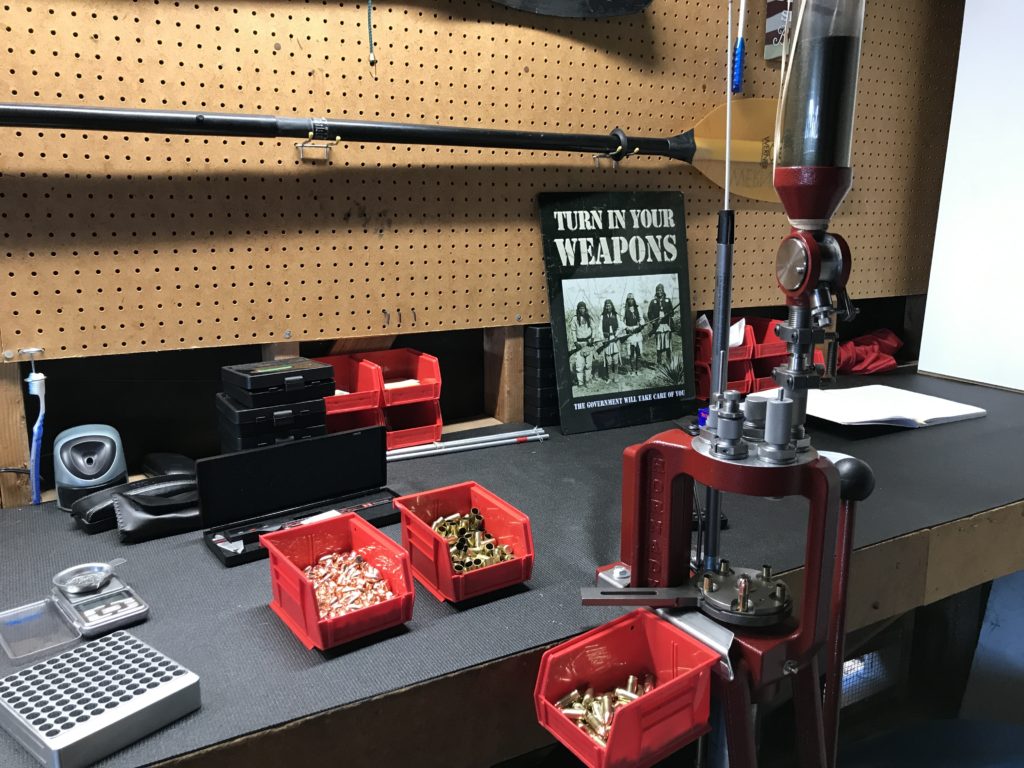 My entry into the world of reloading was almost unintentional, at least at first. I always thought I would consider it at some point but I’d assumed that time was a ways off. As I became immersed in the gun community my plan began to change. When I became more aware of the anti gun forces and how the laws in California were focused against gun ownership it occurred to me that it would be smart to learn how to reload ammunition sooner rather than later.

SB 1235 is the ammunition regulatory law that will go into effect in 2018 and 2019. Essentially it will require anyone who sells ammunition (gun shops) and anyone wishing to buy ammunition (you) to participate in a registry administered by the state. Buyers (you) will pay a fee for the privilege of having the state grant them permission to buy ammunition for their firearms. Buyers (you again) will also absorb the additional costs incurred by gun shops for processing this information and providing it to the state.

Not to be alarmist, but registration in the anti gun community is usually the first step to banning something. It is likely that several years from now certain ammunition will be “limited”. For instance, why would anyone need more than 100 9mm rounds per month? This could be followed by a ban, say; .223-caliber ammunition (the caliber in which the evil AR 15 platform is most commonly chambered) can no longer be sold in California.

After considering these things I decided to learn how to reload my own ammunition. After some research and discussions with people that were experienced in reloading, I chose the Hornady Lock-N-Load Auto Progressive reloading press. Starting with nothing you can buy everything you need to be up and running for less than about $800. The Dillon Super 1050 will likely be my next step. The Dillon has higher capacity but with a much greater initial cost.

Some people will advise you to start with a single reloader and work your way up to a progressive. The “progressive” reloading press produces one round for each pull of the handle, as a single press requires several pulls to produce a single round. Based on my experience I would say that as long as you find someone who is experienced to help you run the press the first time you’ll probably be able to figure it out with a minimal learning curve. After nine months I’ve reloaded about 8000 rounds and have not had a problem with any round.

There are a number of benefits to reloading your own ammunition. I reload 9mm, which is the caliber I shoot the most. My reloaded cost is about $00.14 per round as opposed to about $00.23 per round for factory ammo. If you shoot a lot the cost/savings can add up. I’ve also found it fun and rewarding to collect brass at the range and at shooting events. You should only pick up your own brass at the range but at other events most people don’t reload and the spent brass is there for the taking. Be sure to know the policy regarding spent brass wherever you’re shooting to observe proper etiquette.

Finally I’ve found reloading relaxing. Reloading gave me an excuse to reclaim part of my garage. Spending several hours in the garage listening to music and reloading, for me, is relaxing and satisfying.

Reloading your own ammunition is one reaction to California’s backward anti gun laws. A better approach is to replace anti gun politicians with ones that are pro second amendment so we don’t get these idiotic laws in the first place. In addition the general public needs to be given accurate information regarding firearms so that absurd anti gun laws that have nothing to do with reducing crime or increasing public safety are not supported.

Please join San Diego County Gun Owners and help us do all of the above. If we as gun owners don’t care about our rights, no one else will.