How Far Will It Go? – The Loss of Life, Liberty, and the Pursuit of Happiness 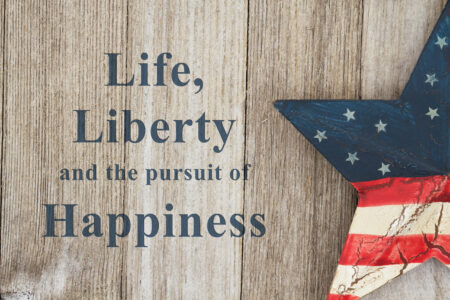 The Second Amendment (2A) was one of the early targets of the restrictions. You’ll remember it took specific intervention from President Trump to declare 2A related businesses essential. Churches (freedom of religion) were also early targets and remain so. In California, the Governor defies court rulings and continues to restrict houses of worship. Bars and restaurants are closed yet again, and large gatherings of any sort are banned (freedom of assembly). Rioting, looting, and harassment of those with whom you may disagree remains unrestricted.

Politicians Restrict Citizens But Ignore Their Own Edicts

Governor Newsom is one of a long list of Democrat politicians who ignore restrictions imposed on citizens. Newsom and his friends dine in flagrant violation of his own orders while bars and restaurants around the state are threatened with revocation of liquor licenses if they don’t comply. Politicians pay nothing while business owners lose their livelihood.

Restrictions and Fear Causing Citizens to Turn on One Another

Mask crazies vs non-mask crazies. Which group is crazy is a matter of opinion, but I have yet to see a non-mask person scream at a masked person demanding the mask be removed. When people are frightened to the degree that they have been over this pandemic some tend to behave irrationally. We’ve seen some become violent. We’ve had politicians encourage citizens to report fellow citizens for non-compliance. We now have pandemophiles (my word for those obsessed with COVID-19) driven by fear and ignorance wishing to control others not so afflicted. Behavior similar to that of anti-2A activists.

Growing Resistance Across the Country

In California’s Riverside County, Sheriff Chad Bianco is one of the few elected leaders to stand up to the Governor. In a short video Sheriff Bianco expresses what many of us believe and states “the actions of the Governor are those of a bully and my deputies will not be used as muscle to enforce restrictions”. The video is well worth watching.

In California, and across the country, business owners are filing lawsuits against the government challenging the irrational restrictions that are destroying their livelihood. The restrictions are arbitrary and not supported by fact and in some cases devastate a particular business while leaving the one across the street unaffected. We’ve all seen examples of this.

Extreme Restrictions Not Supported By Facts

The government justifies restrictions due to the so called unprecedented numbers related to the virus. California has reported 920,025 cases of coronavirus and 17,542 deaths since the start of the pandemic. This means about 2% of the population was infected and of those 99% recovered. Our current restrictions were triggered by exceeding 7 positive tests per 100,000 residents, two weeks in a row. That’s 7 people out of a number of people that would fill two football stadiums. The restrictions are not supported by facts.

Even the effectiveness of masks, something many have just accepted, is debatable. The latest credible study on the subject found the difference between wearing and not wearing a mask in public is statistically insignificant. Of those wearing masks,1.8% were infected while those without showed 2.1% positive test results. Mask mandates are not supported by facts.

What You Can Do

The most alarming aspect of this is the continuous erosion of our rights. The most important thing Americans can do is not allow this loss of rights to become permanent. The tactics used to justify restrictions are the same ones used to justify gun control. The end goal is the same: power and control. Citizens need to be controlled for governments to have power, they need to be compliant and disarmed to be controlled.

How far this will go remains to be seen. As individuals there are a number of things you can do:

Previous PostCCW Lifestyle Series # 12 – Situational Awareness and Color Codes
Next PostWhy Do You Need a Gun? What Are You Afraid Of?