Has the Sheriff’s CCW Policy Really Changed? – You Decide 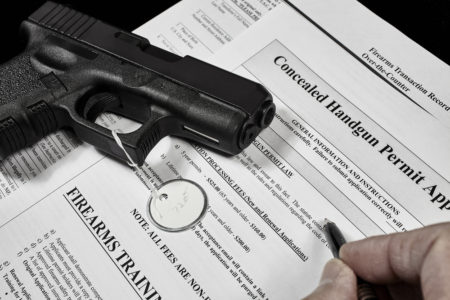 For as far back as most people can remember, San Diego County has effectively had a “no issue” policy regarding concealed carry permits (CCW) for law-abiding citizens. Up until the end of 2017 there were approximately 1500 CCW permits in the county.

To put things in perspective, there are almost 17 million CCW permit holders across America. As a number of states, fourteen, require no permit for law-abiding citizens to carry concealed, the actual number of armed civilians is likely significantly higher. If San Diego County, with its population of 3.4 million, were in step with the rest of the country, we would expect to see over 100,000 permit holders across the county.

Taken in context, 1500 CCW permits is about the same as no permits at all. However things may be changing.

Based on the high level of interest in CCW expressed by gun owners in San Diego, Michael Schwartz, Executive Director of San Diego County Gun Owners PAC (SDCGO), led an effort to bring about change in the Sheriff’s CCW policy. Indications are that the SDCGO effort is having a positive impact.

Beginning around October of 2017, the Sheriff began to update the CCW policy in response to political pressure generated by the efforts of SDCGO and others. The result is that for the first time, it is possible for most law-abiding citizens to obtain a CCW permit in San Diego County.

While the current policy is far from ideal, it is much better than it has been for a very long time. A detailed description of how to apply for your CCW, including an instructional video, can be found here on the SDCGO website.

The following anecdotal information is based on my personal experience and that of others with whom I’ve spoken:

The right to self-protection outside the home is the natural right of every human being. This is not a privilege bestowed on citizens by the government, but an individual right. The current CCW policy is moving in the right direction for the citizens of San Diego County, both increasing public safety and helping to deter violent crime. Lets hope that the Sheriff continues to improve his policy.

If you want to help protect your 2A rights, get involved by joining San Diego County Gun Owners (SDCGO), the California Rifle and Pistol Association (CRPA), and the National Rifle Association (NRA). Join the fight and help us restore and preserve our second amendment rights. Together we will win.

Previous PostNo, They Aren’t Actually Offended
Next PostIs Your Local Gun Shop Helping or Hurting the Cause?

A blessing – really – and the reason why I enrolled with you guys. Can’t wait to apply (La Jolla) and finally be able (if I want) to carry.
Much obliged and will monitor the situation – with you – all along.

Sheriff Bill Gore is anti gun . maybe they are nicer now than when I applied for a CCW when I tried many years ago . Its a still a may issue so they still don’t recognize the 2nd amendments or the Constitution they can deny a CCW of any reason . 1500 permits in San Diego , that’s a joke . Bill Gore says he is doing a great job giving CCWs/ remember that so called good cause ! Yet its still almost impossible to get one , Also the wait time is totally unacceptable 95 days after the second appointment , in 95 days you could get killed just waiting to get the dam thing . I have seen very little improvement . NRA life member David Stagg