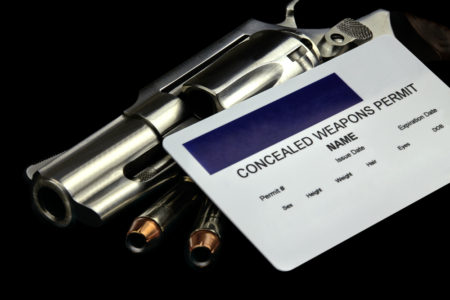 Recently I watched a short video of Sheriff Bill Gore speaking to the Latino American Political Association (LAPA) here in San Diego. The part of the talk captured on the video concerns Sheriff Gore discussing his CCW policy. Sheriff Gore makes a number of misleading statements in the video. You can view the video and the response from SDCGO Executive Director Michael Schwartz to those misleading statements here.

I’m not going to address those statements in this piece (watch for future articles) but instead will examine some of the numbers that the Sheriff mentioned during his talk. The number I’d like to focus on is the 1500 CCW permits that he was proud to say existed in San Diego County.

When taken out of context as presented, the 1500 number is fairly meaningless. Sheriff Gore attempts to add some context by mentioning the 300 permit holders in Los Angeles County and that the city of San Francisco has only 8 total. He doesn’t mention Orange County but we’ll address that in a minute.

Lets add a little more context. Here are some numbers for the United States:

Here are some numbers for San Diego County:

If we in San Diego County were in line with the rest of America the number of CCW permit holders in the county should be around 165,622 or over 100 times the current number.

Even in California where CCW numbers are depressed compared to the rest of the country the San Diego policy doesn’t make sense. Orange County Ca. has a population of about 3.17 million yet they’ve issued over 11,000 CCW permits. This number is growing rapidly due to a recent change in the OC “good cause” policy. To date they’ve had no problems with their CCW holders.

Put into context Sheriff Gore’s 1500 permit holder number speaks for itself. The State gives Sheriff Gore complete authority to define “good cause” however he chooses. It is his decision and his alone to issue CCW permits to qualified citizens or not. Presently Sheriff Gore has chosen to deny you the ability to defend yourself and your loved ones outside the home.

In the video he talks about his fellow Sheriffs from “rural” counties who chose to issue CCW permits to qualified citizens. It may come as a shock to Sheriff Gore to learn that most people would consider most of San Diego County “rural”. Of the 58 counties in California, 35 of them issue using self defense as good cause and another 8 have reasonable good cause policies. Again Sheriff Gore is out of step with most of his fellow Sheriffs.

We all have a responsibility to stop anti second amendment politicians from denying us our rights. Anti 2A positions are common in liberal left leaning politicians but it is disturbing to see a Republican Sheriff using “pro 2A” language while implementing “anti 2A” policies. Sheriff Gore should understand that most of his constituents are likely gun owners and most are likely unhappy with his CCW policy. Make your opinion known. Make your voice heard.

Please get involved by joining San Diego County Gun Owners, the California Rifle and Pistol Association, and the National Rifle Association. Join the fight and help us restore and preserve our second amendment rights.

Previous PostHowdah You Do? – Something Else California Anti Gun Politicians Are Stealing From You
Next PostWhy We Support the Second Amendment

Amazing to think about where we should be.