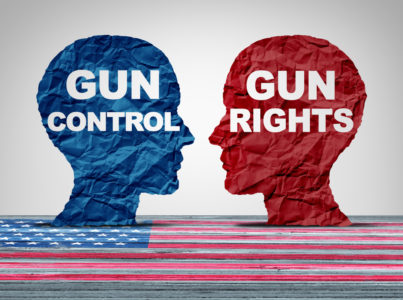 How do I know? Because he told the world via Twitter. 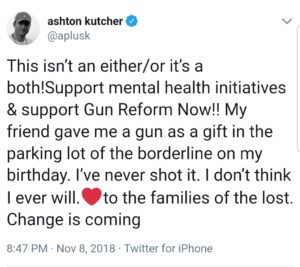 Receiving a firearm without a background check, without going through a 10-day wait period, and without using a federally licensed firearms dealer amounts to at least 3 felonies Ashton committed. I doubt he broke those laws knowingly.

Gun ownership and giving presents are normal activities and Ashton has no bad intent. California gun laws are just confusing and turn normal activities into crimes so I am sure his felonies were unintentional.

However, Ashton’s house should be raided by a SWAT team, he should be arrested at gunpoint, he should be searched before he is jailed, and he should spend a percentage of his net worth on lawyers.

After he is convicted of the felonies he committed, he should pay a fine, serve jail time, and lose his rights to own/handle guns (even on movie sets), vote, hunt, work for the government, etc.

Why? Because that’s what happens to normally law-abiding people when they fall into a California gun law bear trap and being famous should not shield a person from those consequences.

It would be good for someone with as big a megaphone as Ashton to learn about the laws the hard way and experience the damaging effects first-hand. Every day normally law-abiding Californians are unknowingly breaking gun laws. They do so by engaging in normal activities and many of them are having to endure devastating, life-altering consequences. Criminals commit felonies, not unknowingly, but uncaringly because it’s their bad intentions and evil heart that makes them dangerous.

Ashton and his ilk haven’t bothered to explain how they will take weapons from those who wish to do us harm, but they are eager to suggest further laws that apply to the law-abiding. Not criminals. And apparently not actors.

Previous PostCan You Access Your Home Defense Firearm in Time to Make a Difference?
Next PostDesignated Defenders?

Superb article, Michael, that clearly shows the hypocrisy of the Leftists in Hollywood or Sacramento!
–Scott