The Best Approach to Kids and Guns – Is It Better to Ban Books or Teach Kids to Read? 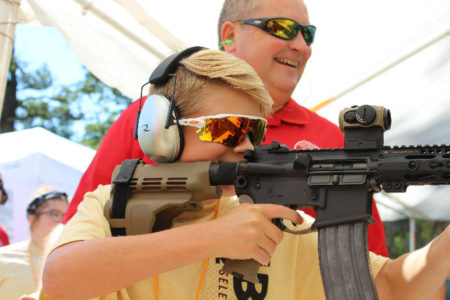 All photos used in this piece are Courtesy of Guns Save Life, a 2A advocacy group working throughout Illinois. Please visit their website to learn more.

In our society, the current approach to the subject of children and guns seems more like banning books than teaching kids how to read. That approach is almost certainly doing more harm than good. Lets examine the subject and consider a better alternative.

I grew up in an area of South Jersey where many people hunted. Most of my friends hunted as well as many of my relatives. If you visited their homes you would find guns stored in unlocked closets, display cabinets or just openly in racks. From November through February many cars in our high school parking lot would contain guns either in the trunk or openly in a rack. Many kids hunted before or after school. It wasn’t uncommon to see people with guns.

I’ve spoken to a number of people from around the country with similar memories. No one remembers anyone shooting anyone else or any stories about young children playing with guns and hurting themselves or others. As kids we would never get a gun and start playing with it, it just wasn’t something we would think to do. So what has changed?

Before continuing I should state that I fully agree with how we currently behave as responsible gun owners. Our guns should always be either under our direct control or securely locked away, inaccessible to unauthorized persons.

We don’t have the space to fully address society’s view on children and guns but I’d like to briefly look at three areas and maybe inspire some thought on the subject. Consider the following:

Given all that it’s not surprising we have what we have today. Keeping kids in the dark about firearms isn’t the answer, education is. 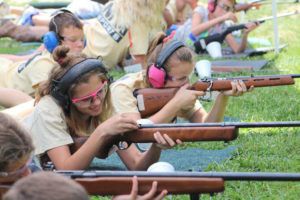 The first step in creating a rational healthy understanding of firearms is education. The often demonized National Rifle Association (NRA) has been teaching safety and marksmanship to young people and adults since 1861. Since 1988 the NRA’s Eddie Eagle GunSafe Program has taught over 28 million pre-school through fourth grade children how to respond should they find themselves near a gun in an unsupervised situation. 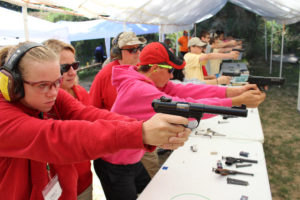 As responsible gun owners we have an obligation to educate children and young people in the safe responsible use of firearms. First to undo the damage from anti gun sourced misinformation. But more importantly we need to ensure that as our children grow into adults they are capable of self-protection. And finally so that they may experience the many rewards the shooting sports have to offer.

We can only do these things if we don’t allow anti 2A politicians to destroy our rights. Please get involved by joining San Diego County Gun Owners, the California Rifle and Pistol Association, and the National Rifle Association. Join the fight and help us restore and preserve our second amendment rights. Together we will win.