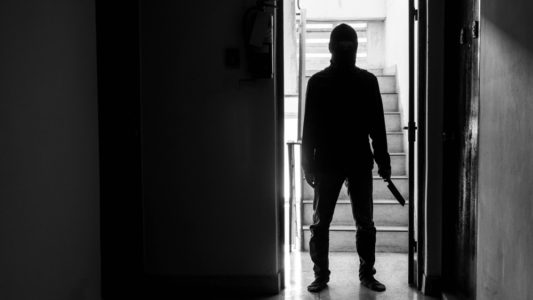 In San Diego, citizens have recently regained the right to carry concealed weapons (CCW). This is due largely to the efforts of Michael Schwartz and the San Diego County Gun Owners PAC (SDCGO). For the first time in decades, citizens in San Diego now enjoy the same rights available to other Americans.

Recently a local news station did a story on the spike in the number of CCW permits being issued by San Diego County. In the story, a local anti-gun activist is quoted saying that the desire for CCW’s is driven by an unrealistic fear and a false sense of security in being armed. This kind of misinformation is common from the anti-gun folks.

The anti-gun activist is naive if he actually believes the statement. It’s more likely that he knows the statement is untrue and is using it to mislead the public to support a political agenda. While the US is an exceedingly safe country, criminals and violent people attack average Americans everyday. The recent incident at the Gilroy Garlic Festival in Northern California is an example.

Those of us that choose to not be victims are not acting out of an unrealistic fear but out of a firm understanding of reality. If you choose to protect yourself and your family then you should practice that behavior 24/7. Violent attacks can happen anywhere at anytime. They can happen in the home, in the workplace, in a store, or at a food festival. You should maintain a reasonable level of awareness (awareness not paranoia) at all times.

John Correia of Active Self Protection posts short daily videos showing actual violent attacks on both law enforcement and civilians. Correia analyzes these videos explaining self-defense actions that worked well and those that didn’t. The videos also show how quickly these events develop. Correia’s videos are an excellent educational tool for those who take responsibility for their own safety.

Recently a couple in California was attacked outside their home while bringing out the trash. Another video shows a gunman attacking a couple in their driveway. In this case the man was armed and was able to defend his family. A third video shows two men being attacked by a group as they entered their hotel.

How safe are you inside your home? If you carry outside the home do you carry in the home? Do you carry while working around the house or stage firearms in your home? Are your firearms locked in a safe making them inaccessible (as required by law in the City of San Diego) in an emergency? Do you think home invasions are rare and can never happen to you or are you more based in reality?

If you’ve taken the time to develop the skills and obtain the tools to protect yourself and your loved ones then you should always be vigilant. You should carry whenever and wherever you are legally permitted to do so. You should be as prepared at home as you are out in public. Your safety is your responsibility, 24/7.

Previous PostWhat If Someone Sees My Concealed Carry Gun?
Next PostI Figured Out Why They Don’t Like Guns