The 2nd Amendment is on the Ballot November 3rd – How Will You Vote? 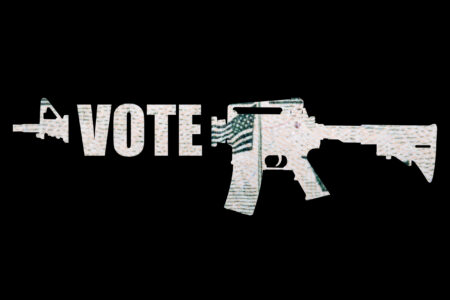 With the presidential election only weeks away, we find the Second Amendment (2A) prominently on the ballot. The positions of each candidate regarding the Constitution in general, and the 2A in particular, are starkly disparate. The results of this election could change the direction of the country even more profoundly than the 2016 election did. With so much at stake, how will a largely misinformed electorate vote?

Support for the 2A should not be along partisan lines and indeed it is not among most normal Americans. A 2019 Gallup poll showed only 1 in 5 Americans supported repeal of the 2A. However party elites, particularly in the Democrat party, have made gun control ( i.e. further restriction of your 2A protected rights) a central theme of their party. Consider the following points from the 2020 Democrat Party Platform:

There are many more restrictions to your 2A rights spelled out on Biden’s page but for the sake of time I’ll stop here. It’s also worth mentioning that what Biden calls assault weapons and high capacity magazines are known to most normal Americans as modern sporting rifles, mostly the AR15 style platform, and standard capacity magazines.

Granted, Republicans don’t always behave in accordance with their stated values, but the difference between the two parties, at least regarding the 2A, is stark and the choice for gun owners should be clear.

We in California have experienced firsthand the devastating results of single party rule. Even more so when the ruling party seems to dislike citizens, holds no respect for the Constitution and generally seems to hate America. Should that party seize power at the national level, the country will likely be headed into a very dark period.

So as a gun owner your choices are clear. At the national level, seek out accurate information and vote your conscience. At the local level, refer to the SDCGO voter guide and do the same. Remember, in the words of President Obama: “elections have consequences”.

Previous PostCCW Lifestyle Series # 11 – Failing the Victim Selection Process
Next PostSCOTUS, the Second Amendment, and the Election – The Good, the Bad, and the Ugly