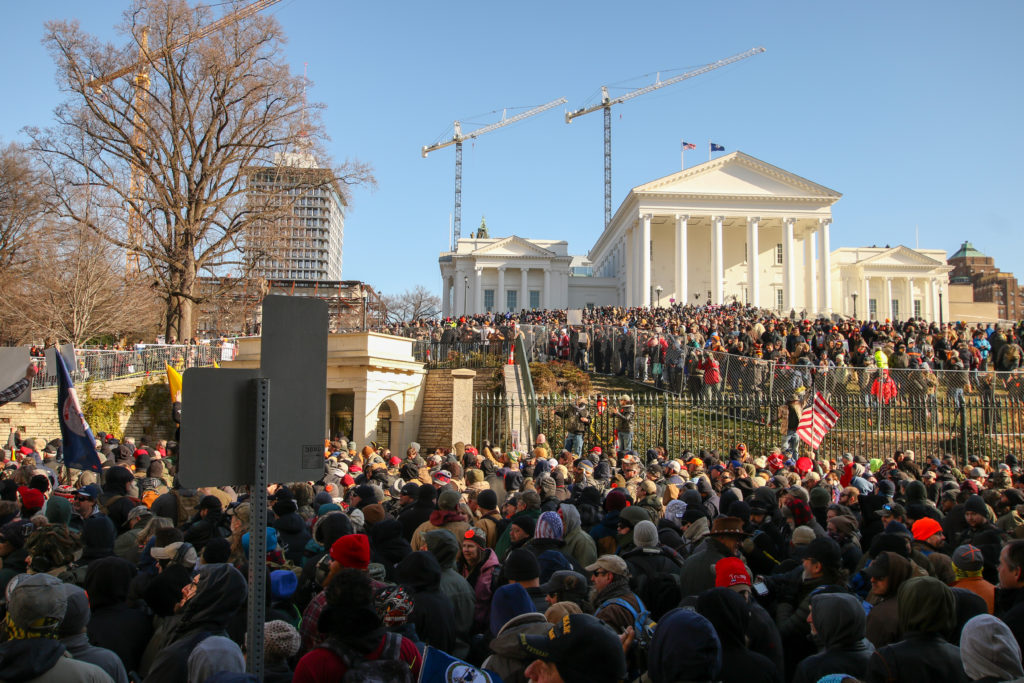 We have now completed part two of what I believe to be a three part Second Amendment saga in Virginia. Part two concluded with a very well attended and peaceful (much to the dismay of the left) pro-Second Amendment rally in Richmond. Part three will play out in 2020. The three parts break down as follows:

Part one consisted of the flipping of political control of the state from Republican to Democrat. Virginia has traditionally been considered a safe and very Second Amendment friendly state. The new Democrats swept into office with gun-control at the top of their agenda.

The takeover was accomplished with the help of a large influx of money into the campaign funds of numerous Democrat candidates. The money was provided by organizations supported by anti-Second Amendment activist (and Presidential candidate) Michael Bloomberg. The Democrats were further helped by the always dependable (and asleep at the wheel) Republican Party who went into the election with a number of Assembly seats uncontested.

Part two was the reaction of the public to the draconian gun control laws proposed by the Democrats that culminated in the rally in Richmond. In about two months over 90 of Virginia’s 95 counties declared themselves Second Amendment Sanctuaries. Many of Virginia’s cities did the same.

This is a huge development. Even though the language of the sanctuary declarations is fairly benign, the fact that political leaders from so many counties and cities came together to make that statement is unprecedented. Even the Sheriffs from various counties publicly took a stand which is very unusual.  The proposed laws are very similar to what we already have in California yet when these laws were forced on Californians, we saw no such response.

Gun owners in general, tend to be less engaged and less politically active than gun-control activists, or at least it seems so. It typically takes something significant to wake them up. It may be that the politicians in Virginia have crossed a line and gun owners are now awake. Part two concluded with the rally in Richmond which leads us to part three.

Part three will be how this all plays out when the new laws are implemented. No one knows how things are going to go once the laws are enacted but there are several possibilities:

One thing that is probably certain is that Democrat control of Virginia will be short lived. In California the destruction of our rights happened gradually over time. Reaction from normal Americans was minimal at best. In Virginia, implementation of drastic gun control laws is being attempted in one fell swoop. The Democratic party will likely pay dearly for their overreach in the next Virginia elections. Time will tell.