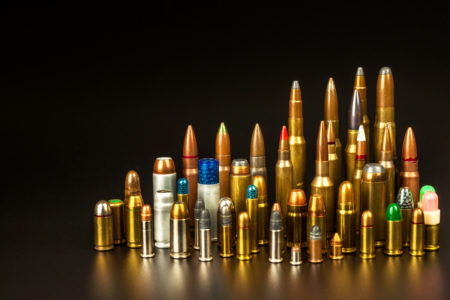 It’s July and California’s unconstitutional new ammo laws are in effect. If you’ve recently moved to California from Free America and you’re not familiar with these laws you can get caught up here.

In anticipation of the new rules for purchasing ammunition, many serious gun owners have been stocking up on ammunition. One plan is to accumulate enough ammunition to avoid the chaos of the next couple of months while the process settles out. The other approach is to stockpile enough ammunition for a year or two to give the lawsuits a chance to work through the system. Eventually these terrible laws will be overturned but it’s likely to take time.

General compliance with the new laws is unlikely. Most gun owners, the ones that actually shoot their guns, tend to be understandably leery of becoming part of another California DOJ database. Gun owners rightly believe the information in the database will be used against them at some point in the future. If the new law isn’t overturned I suspect lunch in Yuma will become a popular activity.

Most gun control laws have no impact on crime and do not increase public safety. The new ammo laws will be no different. Again, like most gun control laws they will only hurt innocent people. Owners of shops that sell ammo will likely see a significant drop in business as their customers are forced to shop out of state. Some of these shops may close.

Most shops and ranges are small family owned businesses. Gun owners are law-abiding citizens enjoying a constitutionally protected right that is uniquely American. These Americans are the only ones hurt by these laws; criminals are not impacted at all. Politicians know this and simply don’t care. Their anti-gun agenda and the power it brings is their main concern.

The Democratic Party in California produces some of the worst anti Second Amendment politicians in the country. Consider the following:

These politicians remain in office because voters allow them to. As gun owners, we have a responsibility to be engaged and to do all we can to elect people to office that will respect our rights. Politicians should serve the people and not rule the people.

I am surprised that the Ca DOJ would require the use of the “Real ID” to buy ammo. This discriminated against illegal aliens. Would make them feel like second class people.

This new ammo law in California is so blatantly unconstitutional, it’s unbelievable. This State truly has become the Democratic People’s Republic of Kalifornia.

Ammo is cheaper in Arizona anyways!