Some Things to Consider Before the Next Mass Shooting 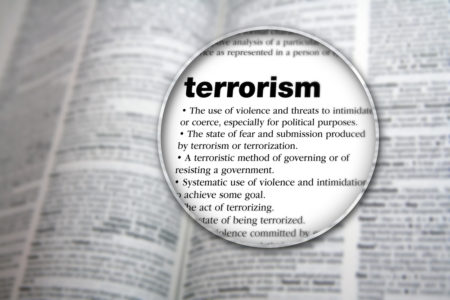 At this point we’ve all heard about the horrific mass murder that took place in two New Zealand mosques. In this case the murderer was a self-proclaimed white supremacist that, in a new twist, live streamed his murderous rampage on the Internet.

The reactions were immediate and predictable. The New Zealand government banned semi-automatic guns. The gun grabbing left in the U.S. quickly used the New Zealand tragedy to push their anti-gun agenda.

I remarked to a friend that I wondered how long it would be before President Trump was blamed for the New Zealand mosque shooting, I wasn’t really serious. It took about an hour. In an ironic example of how twisted some in our society have become, Chelsea Clinton was also blamed for the shooting.

Mass murders have become a reality in western society. As the New Zealand incident illustrates, these tragedies are not unique to the United States. The knee jerk, ineffective responses from government are also not unique to our country.

To be clear, gun ownership is not the cause of these tragedies nor is it even related. Lunatics use guns because they are effective, especially against unarmed, defenseless innocents. If guns weren’t available they would use knives, vehicles, explosives or whatever else they could think of to murder people.

The reason the frequency and severity of these incidents is increasing is our refusal as a society to address the underlying causes. Politicians make political use of these tragedies while refusing to actually address the issues and we as citizens allow them to get away with it.

If we really wanted to address the growing problem of mass murder events we might consider the following:

Violence in the entertainment industry– The amount of meaningless and extremely graphic violence is shocking. We hear it in music and see it in movies and video games. The effect this has is to desensitize people, especially young people, to violence. Gun use is almost always portrayed in a dangerous and irresponsible manner by heroes and villains alike. I’m not advocating censorship of any kind but I am suggesting more responsible behavior on the part of the industry and parents.

The media coverage of mass murder events– The media makes these killers “rock stars” by broadcasting their name, face, and life story, 24/7 for weeks after the incident. This practice motivates future murderers. We know this specifically from information recovered from these lunatics. The media needs to behave more responsibly.

Gun free zones– The overwhelming majority of these incidents both at home and abroad take place where citizens are prevented from defending themselves. The practice of creating gun free zones needs to end immediately.

How we address mental health issues– Many people suffer from mental illness without getting the help they need. There are many reasons for this but as a society we can do much better. We have the means of correcting this problem but seem to lack the desire.

Drug use especially among children– Illegal drugs are one thing but the use of legally prescribed drugs is also part of the problem. An alarming number of children are being medicated for behavior issues. Perhaps we should reconsider our approach and the possible unintended consequences.

Humans are social creatures. All people do better with support and structure. The support and structure of family, community, church, and school to name just a few sources. All these are currently under attack in our country. If we seriously want to address the issue of mass murders, then as a people, we need to start by seriously looking at the society we are creating.