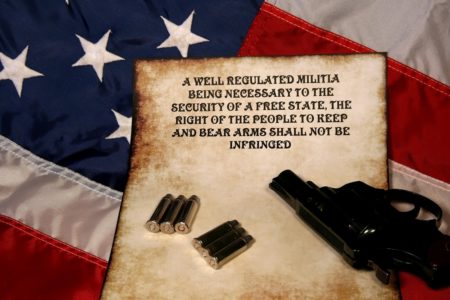 When I first became a Second Amendment (2A) activist I remember thinking about the subject of Sanctuaries. At the time the idea of sanctuary cities, counties, and even states was gaining traction. These were focused on immigration issues and ignoring federal law aimed at stopping illegal immigration.

I remember thinking how nice it would be if people began creating Second Amendment Sanctuary areas. 2A Sanctuaries, places where the Second Amendment was protected by law and dangerous gun control laws were not enforced. Apparently, I wasn’t the only one having these thoughts.

Second Amendment Sanctuary Ordinances (SASO) are now being implemented, in ever increasing numbers, across the country. SASOs are ordinances adopted by cities, counties, and, in some cases, entire states. SASOs are intended to protect the Second Amendment from dangerous, unconstitutional gun control laws.

Currently there are 223 2A Sanctuary cities or counties across America. There are four states, Alaska, Idaho, Wyoming, and Kansas that have enacted SASOs at the state level. There are local versions of SASOs in 19 different states.

Many of the local SASOs are only symbolic as they have no provisions in place to enforce the ordinance in cases where it is violated. Enter Gun Owners of America (GOA). GOA has come up with a boilerplate SASO that is offered as a template to jurisdictions considering implementation of a SASO.

The GOA template provides support for the SASO idea based on Supreme Court rulings in 2A cases. The GOA SASO also suggests enforcement options to be written into local ordinances. Jurisdictions considering a SASO would be wise to review the GOA template.

Unfortunately, in California with our 40 million people spread throughout 58 counties there is but one 2A Sanctuary city. The Second Amendment is protected in the City of Needles, California. As a former boss of mine used to say, “our path is clear”.

People are fighting back, and we can win, it’s just going to take each of us to step up and do his or her part. As I’ve written before, everyone has a role to play in this fight, you just need to find yours and take action.

One last thought. I’ve used the term “American Normals” in the title. The term describes those of us who have not lost our minds. Who love and cherish our country and want to see it survive and prosper. There are those in America today who hate the country and want to see it destroyed and replaced with something else. The American Normals term comes from the outstanding book, “Militant Normals” by Kurt Schlichter. The Normals are waking up and fighting for the country. Join us.

Previous PostWhat’s The Biggest Danger To Our Second Amendment?
Next PostSweet Virginia Under Siege by Anti-Gun Forces – Citizens Fight Back