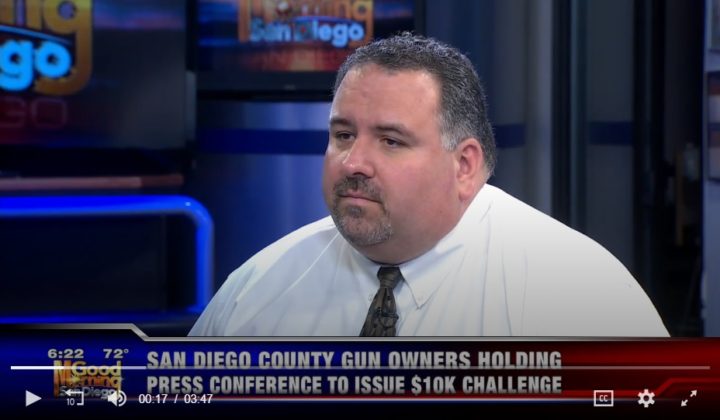 Michael Schwartz, SDCGO Executive Director, commented on the controversy by saying, “in an effort to ban guns and shut down the Crossroads of the West gun show at the Del Mar Fairgrounds, legal gun owners have been demonized as criminals. And, gun show opponents have purposely spread lies and misinformation, such as adults and minors can break the law at the guns show and buy machine guns and assault weapons and avoid background checks and 10-day waiting periods.”

“Therefore, we are issuing a $10,000 challenge to anyone who can show proof they bought a machine gun or assault weapon at the Del Mar gun show or they bought a firearm at the guns show without a background check or 10-day waiting period. If anyone can show proof, then SDCGO will donate $10,000 to their favorite charity. Although we recommend to anybody planning to break the law should begin saving for their legal defense fund because their legal fees will probably well exceed $10,000” Schwartz said.