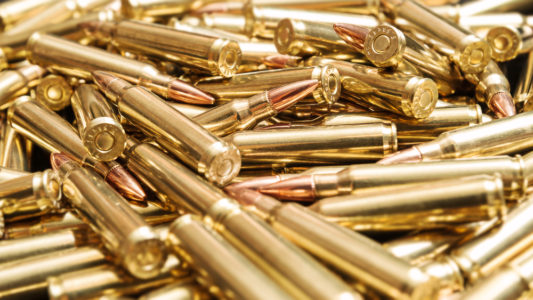 In an effort to bring our readers a variety of interesting and educational information we’ll from time to time be featuring contributions from various members of our San Diego County gun community. The following was written by Savannah Cross, CEO of Cross Armory in Carlsbad, Ca. – JTD

Fall is here and in less than four months the latest round of overreach from the state of California is coming. On Jan. 1, 2018, as most gun owners in the state are aware, new ammo laws will come into effect.

It’s worth noting the new regulations again, as this will have a significant impact throughout the gun community, from mom and pop stores to someone just trying to purchase ammo.

The following will be incorporated into the law of the land per Laura Cromwell of Cabela’s:

Savannah Cross is the CEO of Cross Armory in Carlsbad, CA, and can be contacted by visiting www.crossarmory.com.

Previous PostWomen and Firearms Training – A Whole New World
Next PostHowdah You Do? – Something Else California Anti Gun Politicians Are Stealing From You