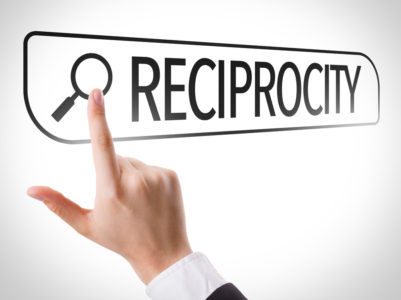 The following is a quote from that bastion of integrity, United States Senator Bob Menendez (D-NJ) regarding out-of-state CCW holders who find themselves in the Garden State: “ Throw them into prison for five years”. Personally I think the country would be better served if we locked up corrupt, idiot politicians for five years but I suspect that Bob and I are both likely to be disappointed.

The hatred expressed by Menendez towards law abiding American gun owners is an indication of the long fight ahead. If hatred seems too strong a word, try to imagine the people you know that own guns sitting in prison for five years simply for being in New Jersey with a gun. It doesn’t seem too strong in that context does it?

The Senator goes on to rant about state’s rights and how no one is going to tell them how to handle gun owners in New Jersey. If the country worked the way Menendez thinks it does we’d still have slavery. We’d still have segregation. We’d still have many of the awful things that, as a society, we’ve evolved beyond. We’ll also evolve beyond hating fellow Americans because they own guns; it’s just a matter of time.

Senator Menendez provides a great example of why national reciprocity is so important. I suspect most people reading this article are proponents of states rights and believe states should make decisions regarding local governing most of the time. I am. However that right should be limited when a particular state (or states) decide to persecute a specific group of law abiding citizens because they disagree with the constitutional right those citizens choose to exercise.

New Jersey seems to target law abiding gun owners, particularly those from out of state, who end up in their jurisdiction. This abuse of power is exactly why national reciprocity is necessary.

The fight to get national reciprocity through the Senate and to the President is likely to be a long, bitter one. Comments like those from Senator Menendez are an example of how some on the left feel about the second amendment. The recent statement by House Minority Leader Nancy Pelosi (D-CA) claiming “the GOP is inviting violent criminals to carry concealed weapons” is not only false and dishonest but shows how far the left is willing to go to deprive law abiding Americans of their rights.