Lessons from a Detroit Self-Defense Incident 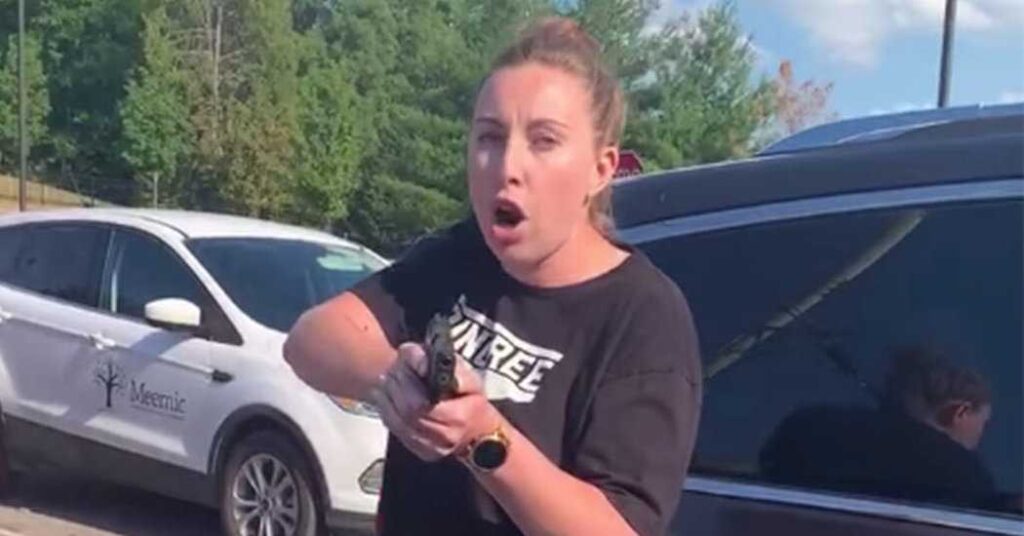 Yet another video of an innocent couple defending themselves with a firearm is sweeping the internet. The video captures a woman being threatened by an unhinged teenager and her equally unhinged mother (normal people don’t chase others through a parking lot screaming at them). The victim draws a legally carried firearm in self-defense. Fortunately the incident ends with no injuries, however, as is now common in our society, the innocent couple is under vicious attack by various elements of society. There are many lessons we who carry can learn from this incident. It is on those lessons that we’ll focus.

John Correia of Active Self Protection interviewed the couple and their attorneys here. John’s interview reveals much more than the internet video and is well worth watching. His interview uncovers the details of how the incident developed and what the victim was thinking at the time. The interview also provides a glimpse of what the couple is experiencing in the aftermath of the incident.

There are a number of lessons to be learned from the details John uncovers during the interview. The victims really did nothing wrong however there are different actions they could have taken that might have produced different results. It’s easy to “Monday morning quarterback” an incident and that isn’t the intent here. The goal is to learn from this couple’s experience so to be better prepared should you find yourself in a similar situation. John’s interview provides an excellent vehicle for that purpose. The following are some things to consider:

You Win Every Fight You Avoid

This incident started when the victim inadvertently bumped the daughter with a bag she was carrying as they were passing through the doorway of a business. This resulted in the daughter, followed by the mother, following the victim to her car shouting threats.

These are irrational people, and this is irrational behavior. This behavior is also common in our society. Since irrational people can’t be reasoned with, the best approach is to apologize for the perceived transgression (leave your ego at home when carrying) and leave the area. Recognize this as social violence and have the skills to de-escalate the situation and disengage.

The victims had been carrying regularly for just under one year. They had no formal training other than the eight hour concealed carry class required by the state. While the couple’s actions seem to be within the law, the state has chosen to bring charges. Had they regular formal training they might have made different decisions during the incident.

If you commit to be a legally armed citizen you should also commit to regular formal training. Embrace the lifestyle. Shooting at the range regularly is good but attending at least one or two classes with a professional instructor each year is much better. Commit to lifelong learning with firearms.

The victim in this incident had no non-lethal options available. She went directly from issuing commands and retreating to having to draw her firearm. A non-lethal option, such as pepper spray, deployed early, may have ended the incident without the need of a firearm.

All legally armed citizens should have non-lethal options available. The firearm should be the absolute last resort. Citizens should have the knowledge and awareness to avoid threatening situations. Training to develop empty handed skills is an option for those physically capable. Pepper spray (along with training) is a great option for those unable to develop empty handed skills.

Be Prepared for the Aftermath

The victim in this story has been charged with a crime. The family has had their internet accounts hacked and their phone number and address made public. They’re being called racists and are being viciously attacked by the dregs of our society. All of this fanned by a dishonest and corrupt media.

We’ve created a society where people are treated this way. We elect officials who refuse to do the job they were elected to do. Refuse to enforce laws. Refuse to protect citizens. As a society we tolerate outrageous charges of racism at the slightest provocation. We allow reputations and careers to be destroyed for no reason. We’ve created a society that increasingly puts innocent citizens in danger and forces them to defend themselves. Then we destroy those citizens. This is the society we’ve created.

If you accept responsibility for your safety, be prepared for the aftermath of your self-defense incident. Prepare your family. Locate the attorney you’ll use ahead of time. Know how you’ll pay for your legal costs before you need to. Train and learn all you can so that if you are involved in an incident the outcome will be as good as it can be.

Previous PostWhere Does It End?
Next PostWhy Americans Continue to Arm Up