It’s Not Just the Second Amendment Under Attack Today 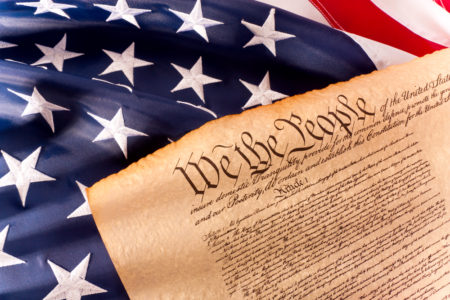 One of the two major political parties in the United States has made gun control an important plank in their political platform. The likely ultimate goal is a completely disarmed citizenry and any means are justified to reach this end. Mainstream media outlets such as CNN and MSNBC generally promote the policies of this party. These media outlets routinely disseminate misleading or false information regarding firearms.

The result is that the electorate is misinformed and more easily manipulated. When we no longer have a fair and balanced press willing to report opposing views accurately, free speech is crushed. Dissenting views, whether supported by facts or not, are silenced.

All Americans, gun owners or not, need to stand up and not accept this behavior. Americans enjoy more freedom and liberty than any other people on earth. If we want to continue to enjoy these rights we need to stand up and protect the Constitution and all of our rights from those that would undermine them. Educate yourself, engage, vote, and join the fight.

Previous PostFighting Hoplophobia
Next PostShould You Carry Non-Lethal Weapons in Addition to Your Firearm?