Are You Now or Have You Ever Been a Member of the NRA? – Your Answer May Cost You Your Job 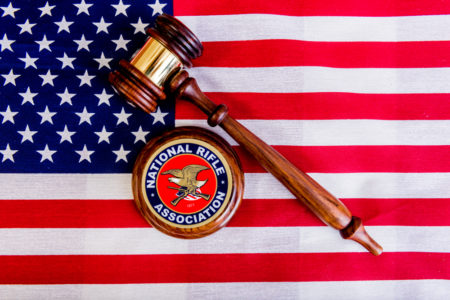 Some of you may have seen this in the news recently. The Los Angeles City Council unanimously passed a motion requiring contractors wishing to do business with the city to disclose any ties they may have with the NRA. Are you an NRA member, for example. You can see the news coverage here. The motion directs the city attorney to draft rules defining the new disclosure requirement.

This should frighten and outrage all Americans. For a government entity to require disclosure of affiliations with certain organizations as a requirement for doing business, is both dangerous, and about as un-American as it can get.

The proposed policy is defended as requiring only disclosure, the implication being that the information won’t impact contractor selection. That position is ludicrous. The only reason to require disclosure is so the information can be used to punish contractors that have any connection to the NRA. You can see this idiotic position defended by a guest on Tucker Carlson’s show here.

This motion and unanimous approval by the LA City Council should not be surprising. LA has a large left leaning population and is thus governed by a far left leaning local government. This government has little regard for the Constitution in general, and even less for the Second Amendment.

The problem is that the population of LA consists of both liberals and conservatives having a wide range of social and political beliefs. All of them pay taxes. For the city to punish certain citizens for their political or social beliefs should be unacceptable. Even though these people are unfortunate enough to live in Los Angeles, they are still Americans with rights. They still have freedom of association (1stAmendment).

While this disgusting example of government abuse is happening in Los Angeles, we in San Diego should be concerned. We are just down the road and our government leaders are only slightly to the right of those in Los Angeles.

This is why it is absolutely critical that everyone gets out and votes in November. If you are an American and care about this country please be sure to vote. It would be simple if we just needed to vote for the Republican over the Democrat but its not that easy. Remember we just had our County Board of Supervisors (all Republican) vote to needlessly ban shooting on certain public land in the county.

Before you vote, take the time to learn about the candidates and for what they stand. Support candidates that support America and the Constitution. Reject candidates having extreme social agendas. The SDCGO Voter Guide can help with your decision regarding local candidates.

Previous PostThe Joys of Reloading – Part Two, the Dillon Super 1050
Next PostAs An Armed Citizen, What Happens to Your Gun If You Are Injured?