Is it Legal to Carry in California State Parks? 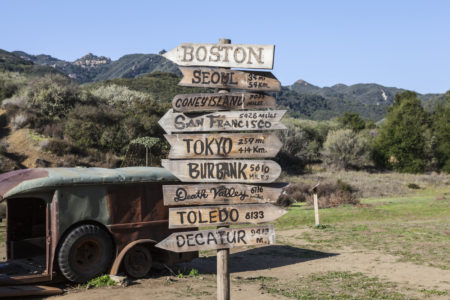 In June of this year, a man was shot and killed while camping in Malibu Creek State Park with his two small children. Tristan Beaudette of Irvine was shot once in the upper torso, his two young daughters (2 and 4 years old) were in the tent with him at the time but were not harmed. You can read the story here.

As the story made its way around the social media sites, it generated many comments, as you might imagine. One view expressed was something like “what do you expect, state parks are gun free zones”. Possessing a concealed carry (CCW) permit myself, I decided to check into this and find out whether or not that statement was true. Can a CCW permit holder legally carry in California State Parks?

If you visit the California State Parks website the answer would appear to be no, as seen here. Continuing my search I came across a thread on the CalGuns forum. That thread contained a reply from a California State Parks official. That reply stated there was an exception made for CCW holders and, that they could carry in state parks.

That was encouraging, but I didn’t want to rely on information from an Internet discussion. I wanted something more official so I contacted a friend at Senator Joel Anderson’s office and asked if he would check into it. The following is the response he received from California State Parks:

The carrying and possession of firearms in California State Parks is generally prohibited, and is only allowed per Title 14 of the California Code of Regulations (CCR), Section 4313.

However, in general terms yes, if someone has a Carry Concealed Weapon (CCW) permit, they could carry a weapon within State Parks.  It is important to note that most conceal carry permits have restrictions placed on them by the county or city that issued the permit.  If there is a restriction that prohibits carrying within a park then that would prohibit them from carrying within our parks as well.

CA Department of Parks and Recreation

It would appear that those having a CCW permit issued in San Diego County are legal to carry in California State Parks as our permits are not restricted. Good news, however, you still need to be cautious, this information applies to State Parks. This does not include County Parks, City Parks, or parks under other local jurisdictions.

As always, the responsibility of knowing where and when it is legal to carry rests fully on the shoulders of the CCW permit holder. Be sure to always know, understand, and follow the law regarding concealed carry. The laws in California are intentionally confusing but hopefully through future articles we can continue to shed some light on this area and help people safely and legally exercise their 2A rights.

Laws impacting concealed carry, like most gun control laws, tend to decrease public safety rather than improve it. As responsible gun owners we have an obligation to educate ourselves and to help educate others regarding firearms. Through education and being actively engaged we can help bring about change and rid California of these senseless and harmful laws.