How Long to National Reciprocity for Concealed Carriers? 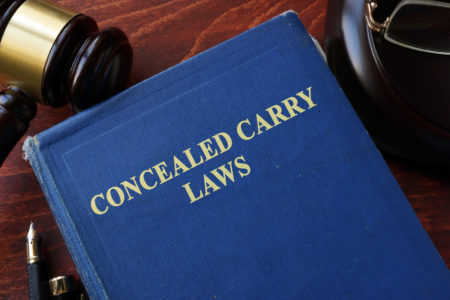 On Wednesday December 6, 2017 the U.S. House of Representatives passed the Concealed Carry Reciprocity Act of 2017. Because of quisling Republicans and dishonest Democrats the opportunity for this to become law was missed. There was never any debate in the Senate and thus National Reciprocity never came to be.

With the Democrats taking control of the House in January, National Reciprocity seems dead for the time being. Democrats are so virulently anti-second amendment (2A) that there is currently a move to repeal a 50 year old rule allowing House members to carry while in their offices and on the grounds of the capitol. Rep. Jared Huffman (D-CA) (of course he’s from California) actually cited public safety and fear of potential threats from “an overheated lawmaker” as reasons for overturning the rule.

Granted, one lawmaker did attack another with a cane on the House floor 156 years ago, but they’ve been pretty well behaved since then. Even so, Huffman apparently feels unsafe around his fellow lawmakers, but the fact that defenseless (read unarmed) Republican lawmakers were actually shot by an “overheated liberal” last year doesn’t seem to bother him.

As of August of 2018, there were over 17.25 million concealed carry permit (CCW) holders in the United States. That’s a 273% increase from 2007. Fourteen states now have “constitutional carry” (no permit required) so the number of carriers is likely higher.

The number of CCW holders among women and minorities continues to grow at an increasing rate.  The growth rate for women increased by 111%. Number of permits for blacks grew 20% faster than for whites. For Asians the rate was 29% faster than for whites. Given these demographics and growth rates, it’s only a matter of time before CCW holders become a significant political force, assuming they take advantage of their position.

There are about 245 million people of voting age in the US. Between 40% and 60% of them vote in any given election. Given the growth rate in number of CCW permits, it’s only a matter of time before this group becomes a significant voting block.

You’re probably thinking something like the following: If numbers equal political clout, why with over 100 million gun owners in the country are we suffering under an increasing number of dangerous anti-2A laws? Fair question.

Gun owners in general are apathetic and are generally not involved in efforts to protect their 2A rights (although they do find time to cry about things on FB). The left loves this behavior; it allows them to continue to pass idiotic gun control laws. The fact that the NRA has only 6 million members in a country with over 100 million gun owners is disgraceful, but indicative of our problem.

Concealed carry people on the other hand, at least in my experience, tend to be more engaged. The responsibility that goes along with everyday carry I think helps to focus people and inspires commitment. I’m optimistic that this group will utilize their power and eventually help us achieve National Reciprocity.

Previous PostHow Safe Is Your Place of Worship?
Next PostGun Owners: Stop Looking for a Safe Space

At no time did the Senate have enough votes to pass this. Even controlling the Senate, they needed at least 8 Dems. Reciprocity is a law that makes sense. It’s not extreme,but extremism stopped it from passing.