How Do You Really Fight Back Against Oppressive Gun Control Laws? 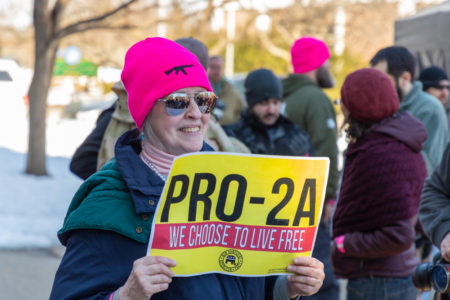 These senators are both products of states where the rights of citizens are routinely trampled by the government. New Jersey and California have some of the most restrictive gun control laws in the country and tend to produce some of the country’s worst politicians.

Today in America we essentially have two political parties. One of those parties has made gun control (including ultimately confiscation) a defining principle or “plank” in their political platform. These same politicians reliably insist that they support the Second Amendment and do not want to “take away your guns”. Gun owners know otherwise.

If you think the Second Amendment protects our rights and the people can never be disarmed think again. Take California for example. We have the Handgun Roster, a political device that prevents Californians from purchasing handguns in common use and available to most Americans around the country. Californians are also limited to one handgun purchase per month and are forced to tolerate an asinine ten-day wait period.

Californians are prevented from purchasing or, in some cases, using standard capacity magazines and some popular semiautomatic sporting rifles available to most other Americans. Beginning in July the State will document and track the amount and type of ammunition purchased by citizens. Californians will need to pass a background check and pay a fee for the privilege.

Many bad laws came about due to Prop 63. Prop 63 was an extremely anti-gun ballot measure passed by California voters in 2016. This happened in large part because California gun owners were disengaged and allowed it to happen. The time for apathetic gun owners is past. Gun owners need to choose to become engaged or accept the probability that the Second Amendment will be rendered meaningless in the not too distant future.

So what can you do? I suggest the following:

We are in a life and death struggle for the future of America. Most of us here are primarily concerned with the Second Amendment. The reality is that the entire Constitution is under attack. If we allow the Second Amendment to be undermined then the rest of the Bill of Rights will soon follow.