Here We Go Again – Reality and the Gun Control Crazies 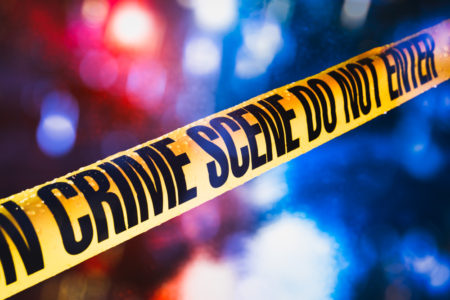 So here we go again. A mentally ill/criminal/evil (pick one) person uses a gun to murder a number of innocent people. We recently had two in a weekend, one in El Paso, Texas and one in Dayton, Ohio.

The response by the left and the gun control crazies is always the same and is detached from reality, as it makes no attempt to address the problem. The first response from left leaning politicians is to blame President Trump for the deaths. They immediately follow that with calls for more gun control.

Both responses are wrong but for different reasons. The goal of the politicians is a disarmed public for reasons of power and control. They have no interest in reducing crime or increasing public safety.

In California we have some of the most restrictive gun control laws in the country yet we still have mass murders involving firearms. After the recent mass murder in Gilroy, the Governor will likely call for more gun control laws. The current laws had no impact on that murderer nor will additional laws impact future murderers. But the intent isn’t to make the public safe; the intent is to disarm the public.

The same weekend as the Dayton and El Paso shootings, 59 people were shot in Chicago, 7 fatally. Chicago also has extremely restrictive gun control laws and they have almost no impact on crime. We don’t have a gun problem, we have a people problem and our leaders refuse to address it.

Then we have the gun control crazies. I really don’t like to use derogatory terms but I can’t think of a better way to describe these people. In general they are at best misinformed and often completely uninformed regarding firearms. The lack of knowledge is often accompanied by very strong feelings on the subject. They routinely use false information or information out of context in order to mislead the public.

The Bloomberg funded research on violence involving guns is one example. I won’t link to the site here but you can research it on your own. In their tally of school shootings they include incidents that happened in the middle of the night in school parking lots or in apartments near schools. Most rational people wouldn’t consider these “school shootings”.

The gun control crowd is also impervious to facts. They don’t like facts, don’t want to hear facts, and if presented with facts will attack the presenter. Dr. Neil deGrasse Tyson, an American astrophysicist, recently pointed out some facts on Twitter in response to the Dayton and El Paso shootings. He was viciously attacked for presenting facts.

In his tweet, the numbers deGrasse presented are probably low but fact based:

“While the deaths of 34 innocent Americans is tragic, on average in any 48 hour period we lose”:

In our society, the media sensationalizes mass shooting incidents and the gun control crazies and politicians leverage the resulting emotional response for political gain. The truth is that we don’t have a gun problem in the United States, we have a people problem.

If we had leaders that actually cared about people they would be addressing the problem rather than leveraging human suffering for political gain. Why is our society producing more people that commit these atrocities? What role is played by drugs (both illegal and prescription), by the media, by the entertainment industry? How does the uncivil behavior of our politicians impact this? Why does the most advanced country in the world do such a poor job in the area of mental health? If we want to do something as a society, we should be addressing these questions.

We are going to experience more mass murders involving firearms for the foreseeable future. Citizens who so choose need to have the ability to protect themselves and their loved ones. Firearms play a critical role in that ability. The ability to carry concealed in all public places should be available to those who choose to accept the responsibility.

Previous PostI Figured Out Why They Don’t Like Guns
Next PostTwo Different Walmart Gun Incidents, One Answer

Big Joe, I am a leftist crazy and a proud guns owner. I am disappointed that an honest, hard working person like yourself lowers your respectability by backing ineffective leadership of Wayne LaPierre. Although guns by themselves don’t kill people, the power of the NRA can influence mental illness recovery and surveillance. True leaders step outside their box and take a swing at problems. Wayne LaPierre keeps repeating excuses. Wayne LaPierre ails us all because he’s a Washington insider that uses NRA resources to enrich himself while pandering to us. I wish young people (and honorable, trustworthy old farts) would take over leadership.