Gun Confiscation, Could It Happen in America? 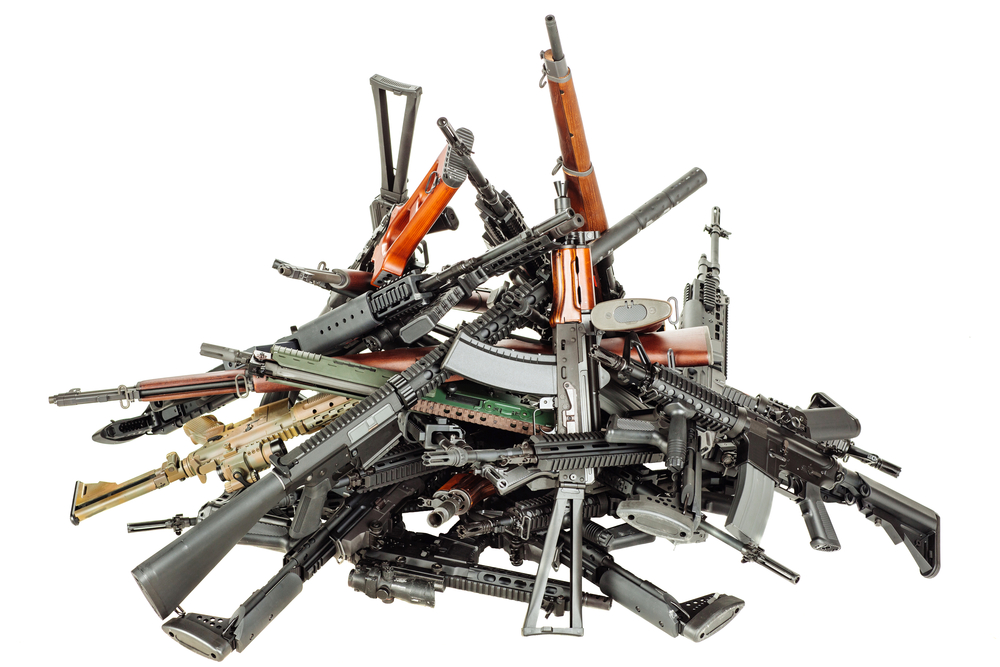 Gun confiscation has been the holy grail of the gun-control community for decades. It wasn’t until recently, the 2020 primaries, that it was openly admitted (remember Beto?) by Democrat politicians. But to what purpose? Would gun confiscation have any impact on public safety or violent crime?

After decades of decreasing violent crime, we are now seeing increasing rates of violent crime across the country particularly in urban areas. Chicago, Philadelphia, Washington DC, and Baltimore are all experiencing record breaking murder rates. Most of these cities long ago implemented strict gun-control. Most have been under control of a single political party for years.

Gun confiscation is an extreme version of gun control. It has been implemented by several governments under the guise of buyback plans, but does it work? Do these policies significantly reduce the number of guns in the hands of criminals? Do they improve public safety?

The Canadian government is the most recent to attempt a gun ban. Canada banned numerous firearms beginning in May of 2020. The government estimates that 90,000 to 105,000 banned guns exist in Canada. April 30, 2022 is the deadline for Canadian citizens to turn in their legally purchased firearms. To date Canadians have turned in 160 firearms.

Some say the reluctance of Canadians to turn over their legally purchased firearms is because the buyback program has not been fully implemented and those turning in guns now will receive no compensation. The government has yet to work out the details of the plan and implementation is likely to be delayed. This in a country with generally low rates of violent crime and a relatively small number of guns owned by citizens.

The United Kingdom is another country that has had a gun ban in place for years. In the UK gun related crime has risen 27% in five years and the number of firearms seized has quadrupled. Firearms are easily available to criminals despite an almost total ban of firearm ownership among law-abiding citizens.

Australia is another western style democracy imposing severe firearms restrictions on its citizens. Australia’s severe gun ban was enacted as an emotional response to a 1996 mass shooting in Port Arthur, Tasmania where 35 people were killed.

Over 700,000 firearms were turned in to the government at a cost of $700 million to taxpayers. Data suggests that the gun confiscation has had little impact on violent crime in Australia. It’s worth noting that Australia, never known for high rates of violent crime, was experiencing a steady drop in crime in the years leading up to the confiscation.

So, could it happen in America? Could the government implement some fraudulent buyback policy to disarm law-abiding Americans? The desire is certainly present. Democrat politicians from Joe Biden and Kamala Harris to Hillary Clinton to the lowly Beto O’Rourke have all advocated gun confiscation. Ironically, among voters support for gun control has been dropping in recent years. Could a confiscation law pass through congress and be signed into law by the President? In today’s political reality the answer might very likely be yes.

If implemented would citizens comply with gun confiscation? I’m intentionally using the word confiscation as opposed to the fraudulent political term buyback. The government can’t buy back something they never owned. The buyer doesn’t dictate the price to the seller nor does the buyer get to buy that which the seller chooses not to sell. It’s not buyback it’s confiscation.

Would citizens comply? In oppressive states like California and New Jersey where the government knows who gun owners are and what they own, non-compliance would be difficult. Law-abiding citizens would have to actively commit a crime by lying to law enforcement regarding firearms possession. Most gun owners are unlikely to do this.

Those living in the free states (43 of the 50 states) are unlikely to comply with gun confiscation. In those states the government lacks detailed records on gun owners. Gun owners in general are more aware of the use and purpose of firearms and are unlikely to make decisions that endanger themselves or their families.

Would it be Constitutional? The Constitution clearly protects the right of the people to keep and bear arms. Unfortunately, that right has been mostly ignored in recent decades with little help from the courts. The US Supreme Court will rule on a Second Amendment case this year and will likely hear others in the coming years. Time will tell if things are going to change.

So, back to the original questions:

Previous PostA Bump in the Night – Burglars, Home Invaders, and the More Likely Things
Next PostFirearms Safe Storage Laws – Are They Just Attempts at Virtue Signaling or Something Far Worse?