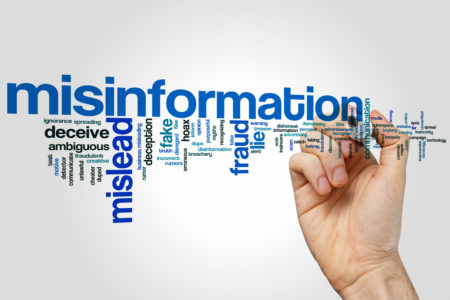 While driving home the other night I had a chance to hear Tucker Carlson interviewing an anti gun zealot regarding Seattle’s failed gun tax. Carlson does a great job countering most of the nonsense and you can see the interview here. The person being interviewed was Mark Glaze a senior adviser for Guns Down America, an anti second amendment group. I won’t link to them here but if you visit their website you won’t be surprised by what you find.

In typical anti gun fashion, Glaze didn’t argue or defend his position but instead rattled off a list of anti gun talking points. Many of his points were false or at least misleading which is what we want to examine here.

Repeating false or misleading information as often as possible is a common tactic of the anti gun crowd. Our example is from a report aired nationally but you will see this tactic employed regularly in local news stories as well.

There were a number of subjects where the statements Glaze made seemed “confused” but we’ll focus on just two of the more egregious ones here. These two statements are repeated often in the media and are both false, or to be kind, extremely misleading as stated.

The first statement is the often repeated “gun control laws mean less crime”. While this isn’t directly supported by data anywhere the opposite seems to be true at least anecdotally. It’s difficult to directly link gun control laws to increases or decreases in crime due to the many other factors involved.

Glaze uses California as an example of a state with very strict gun control laws and low rates of gun violence. The fact that in 2014 there were more murders committed in Los Angeles county (526) than in any other US county might be considered an inconvenient truth by some. It’s reasonable to assume a significant number of those murders involved firearms.

The second whopper is the ubiquitous “ninety people killed by guns in the US everyday”. You can find this one repeated in the media almost daily. This number is derived from Center for Disease Control (CDC) data on annual firearms related deaths.

What isn’t repeated and what wasn’t mentioned by Glaze is that over sixty of those ninety deaths are suicides. Suicides are a mental health issue, not a gun issue. This is supported by the fact that there are about 48 countries worldwide with higher suicide rates than the US according to the World Health Organization. All of these countries have gun laws that most would consider more severe than those in the US yet they suffer higher suicide rates.

So why is this important to us here in San Diego? We as responsible gun owners have an obligation to challenge this kind of misinformation whenever we have the opportunity. We need to be educated on the issues so we can do so effectively. This blog page and the rest of the SDCGO site is a great place to start your education and find links to many informative resources. Most people want to make good decisions they just need accurate information.

Remember that gun control laws get passed because voters are intentionally given misinformation. Carlson pointed out the fact that gun control laws are all about disarming citizens and controlling the people, they have nothing to do with reducing crime or increasing safety. If you don’t believe that you may want to reconsider.

Finally I would ask you to consider joining SDCGO and help us fight for our rights. There are plenty of volunteer opportunities but if you don’t have time to actively participate your membership alone will help us. In addition, consider joining CRPA and the NRA. Together we will win.

Mark Glaze again lied on 3/5/2018 on Tucker Carlson with substitute host Mark Steyn. He said this lie, “But think about the Newtown mass shooting. There was armed security there. They were in the school and they were unable to stop a guy who radically over armed them”.

Excellent article indeed. I have written about the U.S. suicide rate vs other counties. It’s info that few are aware of.
http://riderrants.blogspot.com/2016/05/guns-cause-suicide-us-has-low-suicide.html

As to the low murder rate in California, there’s one factor that no one will discuss. CA has a low percentage of blacks. In 2016 blacks constituted only 4.9% of the CA population .
https://en.wikipedia.org/wiki/Demographics_of_California

With a national population of 12.6%, blacks commit over half the murders in America.
https://en.wikipedia.org/wiki/Demography_of_the_United_States

Naturally pointing this correlation out is considered racist. But it’s no more racist than pointing out that with 12.6% of the population, blacks constitute 78% of the NBA players — or 64% of the NFL players.

Of course, race is NOT the only explanation of murder rates around the country, but it’s a major factor with a high level of correlation that is totally ignored by the media — a forbidden subject.

BTW, this murder rate is NOT a racial characteristic. It’s a CULTURAL problem. Black African immigrants have a LOW murder rate, even though they start out with less income than native blacks, and achieve a high rate of success in America.

As I see it, the predominantly black gangsta’ culture venerates violence. It’s surprise that the result is more black violence.

No academic in America will study this probable cause of disproportionate black violence. And for good reason — they would ruin their academic careers — if not be fired outright.