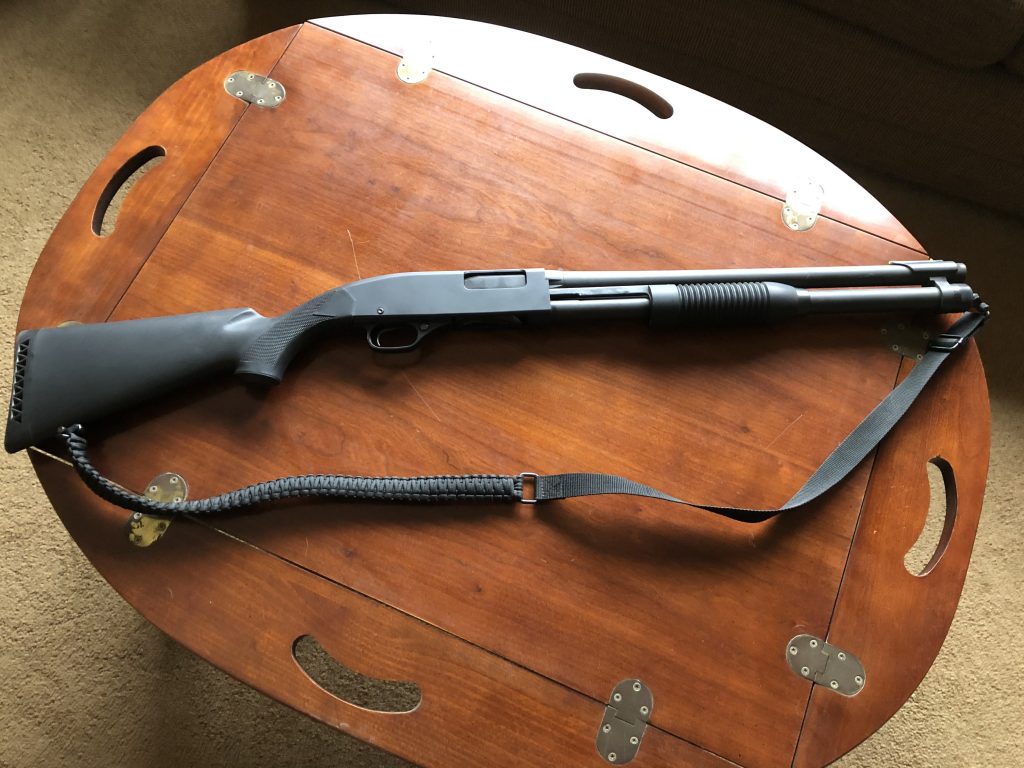 Until now I’d never owned a tactical shotgun. My shotgun experience was limited to my Ithaca Model 37 Featherlight with the rhubarb bead. My parents bought me the gun when I was in my early teens. I used it to hunt rabbits, birds and other small game with my friends and some of my cousins when I was growing up. When I left home for the Navy, the Ithaca went into storage to finally emerge about six years ago. Nowadays I use it about once a month for sporting clays.

Last year I won a Winchester Model 1300 tactical shotgun at the 7th Annual Handgun/Rifle Charity Course at the Front Sight Firearms Training Institute in Pahrump, Nevada. I took my newly won shotgun home where it stayed in the safe for most of the year. To remedy that situation, when the 8th Annual Charity shoot came up, I decided on the 4 Day Tactical Shotgun Class option. I hoped spending four days shooting my 1300 would give me a solid foundation on which to build. I wasn’t disappointed.

The class required 275 rounds of birdshot, 165 rounds of 00 buckshot and 65 rifled slugs, a fair amount of shooting. We shot from about 7 yards out to 35 yards with the opportunity to shoot slugs from both 35 and 100 yards.

The 1300 performed very well. While some students had red dots and other various optics, the 1300 proved very accurate with just a plain fiber optic front sight.

The most noticeable feature of the 1300 was the “speed pump” design. The slide releases as the trigger is pulled making for a very fast action. The slide feels noticeably faster than my Ithaca, almost like it’s already coming back as the shot breaks. Lots of fun to shoot. Hickock45 does a good demonstration of the 1300 and explains the slide design here.

We shot from a variety of positions. The 1300 performed well from a kneeling position and was easily managed when shooting around barriers. The slide was difficult to grip and smoothly operate from a prone position but that was probably due as much to my body type as the gun.

Recoil was very manageable. My gun had no additional padding on the stock but as long as the heel was positioned correctly in my shoulder notch recoil was fine. Recoil was more noticeable with the buckshot and definitely with the slugs, but after four days my shoulder felt great.

My only complaint about the 1300 would be the location of the slide release. The release button is located at the rear of the trigger guard on the left side of the gun making it difficult to operate quickly. On my Ithaca, the release is located just forward of the trigger guard on the right making operation much easier and faster. I’ll probably get better with the release on the 1300 but it’s going to take longer than four days.

Discovering the importance of accessories was another valuable benefit of my foundation building experience. I picked up a sling that worked very well in class. I had a cheap dump bag that worked fine for sporting clays but was terrible for the class. The dump bag actually dumped all my rounds on the ground when I was in a prone position. The bag was replaced on day two with one from the Front Sight Pro Shop that worked much better.

After the class I replaced my crappy shot caddy (it tended to drop the last two rounds on the ground) with a much better one from Safariland. There will also be a pair of gloves purchased in the near future, a lesson learned from shredding my thumb after many reloads.

Overall, the Winchester 1300 is a great gun for the price. It works very well and I’m looking forward to using it to try my luck at some tactical shotgun matches.

Previous PostConcealed Carry – A Right or a Privilege?
Next PostSCOTUS to Hear Second Amendment Case – What Could That Mean For Gun Owners?