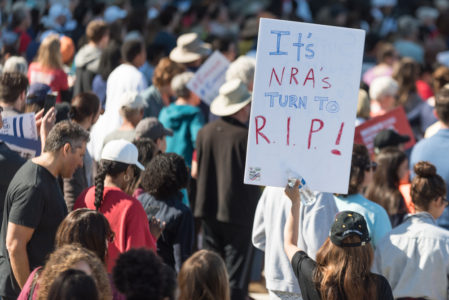 For the last fifty years or so, there has been a concerted effort by the left to demonize guns and gun owners. Eric Holder, former Attorney General of the United States, was filmed on C-SPAN saying, “we need to convince the public to view guns and gun owners the same way cigarettes and smokers are viewed”.

Much of the demonization effort has been focused on the National Rifle Association (NRA) and has been largely successful. Many Americans have no idea what the NRA actually is, its history, or what the organization really does. This attack on law-abiding citizens is not only bad for gun owners but also bad for all Americans.

Following the Parkland, Florida school shooting the media attack on the NRA ramped up to full force. Blaming the NRA, and by extension all gun owning Americans, for the murderous acts of criminals and lunatics, is often the go to response of a media that appears to be incapable of honestly reporting facts. This most recent attack and the NRA’s response are described here.

As tragic as they are, school shootings are likely to continue in this country. The causes of these shootings are complex and as a society, we’ve failed to address those causes. Instead some have chosen to exploit these tragedies for political gain.

Gun owners need to understand that every time we have a mass shooting we will lose some of our rights. With Parkland we lost National Reciprocity. National Reciprocity had passed in the House and would have been debated in the Senate this year. Instead it is likely dead for the next several years. This makes all Americans less safe.

Gun owners need to wake up to the fact that there is a war going on within our country. There are people who are determined to destroy the freedoms we currently enjoy and create a country that is very different from the one most of us cherish. While the second amendment is a good lightening rod for attack, the war is really with the entire constitution.

If you’re a gun owner that still doesn’t support groups fighting for the second amendment it’s time to ask yourself if you should own a gun at all. Gun ownership comes with responsibilities. Unfortunately, today in our country, one of those responsibilities is fighting for your right to own firearms. If you don’t believe this it may be time to sell the guns and take up golf.

We as gun owners need to stand up and defend our rights. The best way to do this is to support organizations that fight for those rights. In addition we all have an obligation to educate ourselves and participate in the democratic process to elect leaders that respect our rights and to defeat the ones that don’t. Finally we need to engage and educate those who have been misinformed by the media and anti gunners.

Please realize that each time an incident occurs, it will be used as an excuse to further restrict your rights. If you want to keep your rights defend them by joining San Diego County Gun Owners, the California Rifle and Pistol Association, and the National Rifle Association. Join the fight and help us restore and preserve our second amendment rights. Together we will win.

Previous PostCCW Mindset
Next PostFull Semi-Auto: Why Gun Owners and Anti-Gunners Can’t Have A Conversation

While I cringe at how the media depicts the NRA (and it’s members), the organization is not without (many, many) flaws. The NRA is admittedly a “for-compromise” organization, meaning they are willing (and do) back anti-2a legislation if they feel it is a good compromise. Recently, the NRA was the strong-arm behind Trump ordering BATF to change the definition of a semi-automatic firearm so that certain accessories could be banned. That’s just one example where the NRA silently works to take away gun rights they don’t approve of. This is a losing strategy in the long-term, as all it does is spread out losing our rights a little at a time over long periods of time, and it makes it easier for gun grabbers, because they just have to ask for a little more each time. Gun grabbers ask big, settle for little, and the NRA capitulates. Eventually, the anti-gunners will win. The NRA is not what the media and left in America portray it to be, but the NRA is also not what it’s leadership claims to be. I recommend gun owners look for no-compromise gun organizations like GOA and FPC to support them, instead of an organization like the NRA which in addition to compromise, is also working to reduce gun rights. For those of you who don’t know the “history of the NRA” look into how the NFA came to be. The decades of 2A rights attacks started when the NRA compromised and supported establishing the NFA. That gave the left the precedent and leverage they needed to shred the 2A into the bits we see today.