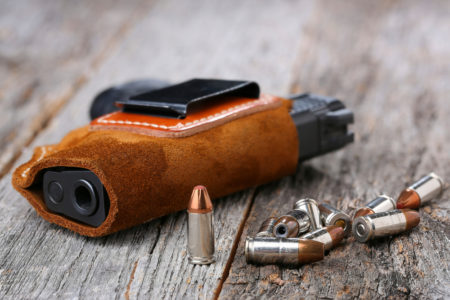 Now that you’ve made the commitment to everyday carry (EDC), what ammunition will you load? Which EDC ammunition you go with is a personal choice influenced by a number of things.

Many of us who shoot regularly reload our own ammunition. Reloading will cut ammunition costs by about half and is also fun and satisfying. In addition, reloading provides the opportunity to fine tune the rounds for optimal performance.

The downside to reloaded ammunition is quality. I’m extremely careful and try to be meticulous in my reloading and I still occasionally get a “high primer” which causes a misfire. This is mildly annoying at the range, a little more so if it happens during competition, but could be catastrophic should it occur during a self-defense incident.

The goal in using a firearm for self-defense is to stop the threat as quickly as possible and hollow point ammunition is designed to do just that. The hollow point bullet is designed to mushroom and/or break up as it enters the body causing maximum damage. Ball ammo, the rounded bullets you probably use at the range, will tend to stay intact and cause less damage. In addition ball ammo is more prone to ricochet creating a greater danger to innocent bystanders.

Hopefully this was useful information and gave you some ideas as to where to start with your EDC ammo.