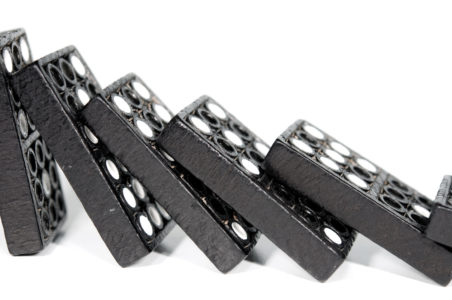 Some of you may have read “The Tipping Point” by Malcolm Gladwell. To quote from the Amazon book description “The tipping point is that magic moment when an idea, trend, or social behavior crosses a threshold, tips, and spreads like wildfire”. Americans may be close to reaching a tipping point regarding resistance to oppressive gun control laws.

Today the Second Amendment is under vigorous attack. This is probably due to a combination of things. We seem to have a mostly apathetic community of gun owners. In addition we have an intentionally misinformed public. Finally we have a major political party, supported by their media surrogates, that is virulently anti-gun. Both have spent most of the last thirty years aggressively demonizing gun owners. They’ve been very successful in this effort.

The good news is that there are signs that Americans are beginning to push back. It may be that the level of oppressive, unconstitutional anti-gun laws has reached a point where Americans have had enough, a tipping point.

We in California are on the front lines in the fight to restore and preserve our rights. Things tend to happen first in California, both the good and the bad. Bad laws that originate in poorly governed states like California, New York, and New Jersey tend to spread to other states.

Fortunately most Americans aren’t having their rights trampled to the degree that we see in California. Californians have been slow to realize the danger. Other Americans would be wise to defend the rights they have rather than waiting until they’re forced to fight to regain lost rights. Americans need to reach a tipping point.

Previous PostA Disturbance in the Force – What Just Happened With Standard Capacity Magazines in California?
Next PostCalifornia Handgun Roster Redux