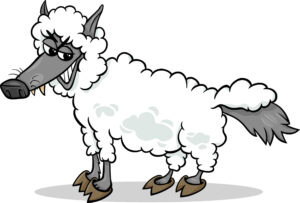 Voters often vote in local races with little or no information regarding the candidates for whom they are voting. Think about it. Have you ever voted for a judge, school board member, or city council member having almost no information about that person? How much did you know about the last water board member you voted for?

So, why is this important? Who cares who serves on the water board or local school board? You should care. The wrong people elected to local office can cause huge problems for residents. Ask the people in Loudoun County Virginia (or many parents across the nation) about the harm a bad school board can do.

Many of the bad politicians we see at the state and federal level started locally where they would have been much easier to defeat. Think about your least favorite governor, senator, or representative. Chances are good that person started locally and could have had their political career nipped in the bud had local voters been paying attention.

Often people will vote for local candidates based on party affiliation or endorsements. This approach can produce disastrous results for local residents. The race for Sheriff in San Diego County provides a good example of how this approach might end badly.

Voters who take the time to dig a little deeper will discover things that might give them pause regarding this candidate. Consider the following:

This article is not intended as an attack on a specific candidate. The race for San Diego County Sheriff is used only to illustrate the importance of voters becoming knowledgeable regarding candidates for local office.

Candidates for state or federal office receive much wider media coverage hence information on them is more readily available, not so for local candidates. Voters will need to dig deeper to learn about local candidates, but the extra effort is worthwhile. Electing the wrong people locally can have unpleasant consequences as those of us in San Diego are now learning.

So, exercise your right to vote and do so intelligently. Learn about the candidates and make the best choice as you may be living with the results for some time. Take your responsibilities seriously and avoid electing a wolf in sheep’s clothing.