Should You Carry Non-Lethal Weapons in Addition to Your Firearm? 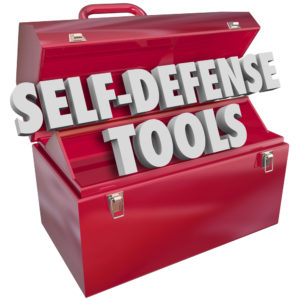 I began thinking about this subject after watching an Active Self Protection video where pepper spray would have been an appropriate choice had it been available. As someone that carries everyday, I don’t currently include a non-lethal option along with my firearm. I’m now reconsidering.

I asked the question on the Concealed Carry FB page and got over 100 comments in about an hour. The opinions were all over the map. Because of the high level of interest and variety of responses I decided to pose the question to the experts. I asked three firearms/self-defense instructors and a firearms attorney the question. Below are their responses.

From John Correia (Active Self Protection) – I believe every concealed carrier should have a less than lethal tool on their person. In the words of my friend and subject matter expert Chuck Haggard, “you’ve got to have something between a harsh word and a gun”. Many more defensive situations require a physical response rather than a deadly force response, and having a less lethal tool like OC spray gives a self-defender an option other than empty-handed self-defense. I personally carry a very effective OC spray on my person every day and recommend every concealed carrier get trained to effectively use a less than lethal tool and carry one if at all possible.

From Morgan Ballis (Defensive Tactics and Firearms LLC) – I am not against self-defenders carrying or employing non-lethal tools, however, we have to be honest about the knowledge and skill set of most armed citizens. As a professional trainer and a realist, I understand the overwhelming majority of self-defenders know very little about the legal aspects of armed self-defense and have about the same amount of training with the tools they already carry.  Having equipment is one thing, knowing when and how to EFFECTIVELY employ it is something else entirely. Additionally, if someone is willing to invest the time and energy into developing a new skill I would encourage them to focus on combatives (martial arts) training and de-escalation which will be much more applicable than any tool we will carry.

From Bill Desy (CCW USA) – I am a firm believer in having options. The most important investment you can make during any stressful situation is in yourself, and your training. Gunfights are actually just “Problem Solving” under stress, extreme stress that is. So having the proper mindset is a #1 priority. Learning situational awareness, avoidance and de-escalation are critical skills before something happens. A firearm is just a tool. And it’s only used for one very specific thing, to save lives, when lives are in danger of death or GBI. As aware and educated gun owners, we should be able to avoid 98% of common problems, however, that 2% of violence that is unprovoked, sudden surprise ambush attacks may or may not visit you in your lifetime. I hope and pray that it does not. But hope is not a tactic! Preparation is key. Most criminal attacks or incidents that may evolve do not require the use of deadly force, but may require the use of some force. Physical training, or being capable of running away, talking your way out with de-escalation is best. If that does not work, or there is no time for it, physically defending yourself against an immediate attack is the fastest response in most cases. If that does not work, but deadly force is not justified (e.g. a non-lethal attack) Pepper-Spray is an excellent option, and I teach certification courses for Security Professionals in the proper use of OC and Chemical Agents. These are less lethal options that are highly viable, can be used against more than one person, and have excellent success rates. Just remember, nothing works 100% of the time. Having an overall safety plan, and practicing the defensive skills you may need are highly recommended. I encourage students to have options. If the only tool in your toolbox is a gun, then you may be able to defend against a deadly attack. What if you are concerned, even afraid of getting hurt, but do not feel “in fear for your life”? Can you use a gun if it’s not a deadly threat? Ask yourself if you are truly prepared to drop the hammer on someone, or if you might be better off with some additional training.

Because it is arguably best practice to have various options in a self-defense situation, concealed carry permit holders may consider carrying both their firearm and another non-lethal self-defense tool. Legally speaking, the main difference in using these items in self-defense comes down to proportionality – one of the necessary elements of making a self-defense claim in court.  In short, when making a claim of self-defense, one element that must be satisfied is that you must use no more force than necessary to stop the immediate threat.

For example, if an individual is assaulted or attacked by an unarmed assailant of equal stature and physical capabilities, drawing a firearm, let alone using the firearm, would likely exceed this proportionality element. On the other hand, using pepper spray, or a Taser/stun-gun may be appropriate and would likely not exceed this proportionality element.  Generally speaking, if met with an immediate lethal attack, most states would allow an individual to defend himself or herself with lethal force and the defensive action would be proportional to the threat.

Aside from using the proper proportional force in defending yourself, the main legal concern when using less lethal tools of self-defense is to determine if the tool itself was legal to possess, carry, and use in the state that you live in.

Many self-defense tools like the ones stated above are freely sold online on websites like Amazon. However, these items could easily fall under the definitions of the many “generally prohibited weapons” in California.  Thus, when selecting a non-lethal self-defense tool, individuals need to first check the laws of their state in order to ensure they are not using an illegal weapon.

Using an illegal weapon could cause a self-defense claim to be called into question in court. Further, if you use one of these generally prohibited weapons and use more force than necessary, you could be subject to further criminal charges.

Thus, never use more force than necessary to defend yourself and always make sure that the tools you use to protect yourself are legal.