With the holidays fast approaching I thought I’d take some time to look at a few new 2017 handguns that will likely be appearing under the tree on Christmas morning in homes across America. These are just five of the many new handguns available to all Americans not living in California. I was originally going to do ten but it was becoming too painful so I cut it down to just five with one final bonus gun that is also unavailable to us.

The California Handgun Roster prevents us from enjoying handguns commonly available to other Americans. Those not familiar with the roster can find out all about it here.

Take a few minutes and check out what Californians are missing. 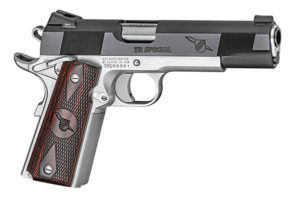 Starting with a handgun going to Americans who’ve been especially good this year (and who don’t live in California) is the Les Baer Thunder Ranch Special (2nd Generation). This 1911 style gun comes in 45 ACP and has an MSRP of $2530. 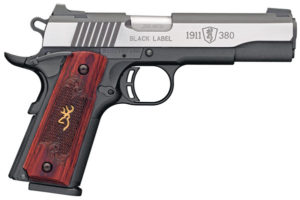 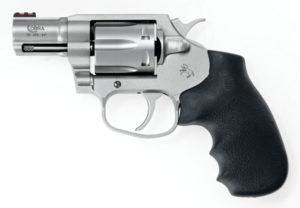 Something California wheelgun fans won’t be seeing under the tree this year is the new Colt Cobra. A snub nose double-action revolver chambered in 38 Special + P with an MSRP of $699. 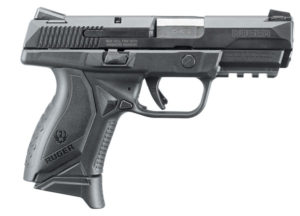 Not that those of us in San Diego have any use for CCW appropriate firearms but if we did this is one more option we wouldn’t have. The Ruger American Compact is chambered in 45 ACP and with just a 1-inch width its ideal for IWB CCW. Of course it’s not much use to us here in San Diego but a great Christmas gift for most other Americans. MSRP is $579. 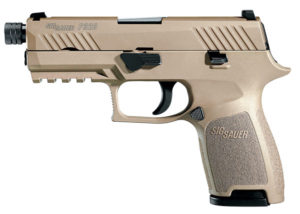 The SIG P320 (under the designation M17 service pistol) was good enough to be selected as the US armed forces future sidearm but not good enough to be sold in California. Fully modular the pistol can be configured in different sizes and calibers by swapping out quick-change parts. MSRP is from $600 to $800.

A short review of each of the above handguns can be found in ShootingTimes.

One final handgun that won’t be under the tree this year is the Howdah pistol. If you’re not familiar with this gun and it’s fascinating history you can read about it here. This is a remake by the Pedersoli Company of the old 1934 Ithaca Auto and Burglar model. It’s chambered in 45LC/410 so it’s sold (in the rest of America but not in California) as a pistol but can also fire a 410 shotgun shell. It’s available (to the rest of America) from Taylor’s and Company with an MSRP of $1350.

The point here is not to highlight specific handguns. The point here is to show that of what are likely hundreds of new 2017 handgun models available to most Americans, none will be available to Americans living in California. The California Handgun Roster not only prevents new handgun models from being sold in California but each year reduces the number of handguns currently available. The eventual result will be that at some point in the future very few if any handguns will be legal for sale in California. Again, those not familiar with the roster can find out all about it here.

If you find all of this upsetting you should. Politicians that we elect are trampling our rights by creating things like the California Handgun Roster. We in California are denied the rights that most other Americans enjoy. We can elect pro 2A or anti 2A politicians, that’s our choice. You can take action or not, that’s your choice. In the mean time, while you’re deciding what choice is right for you, Merry Christmas!