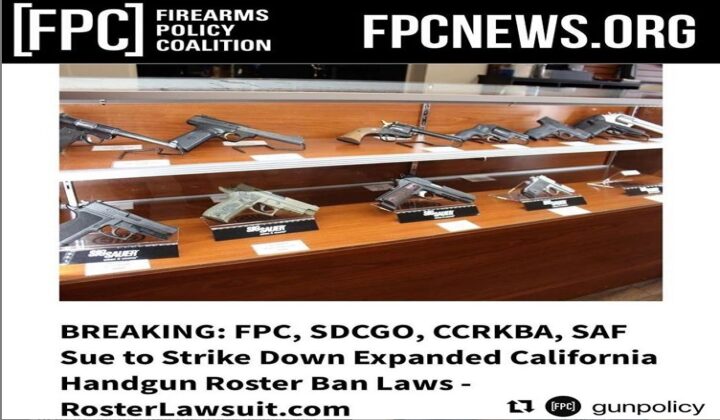 The State of California categorically prevents law-abiding citizens from purchasing and self-building thousands of handgun models in common use for lawful purposes, including the vast majority of handguns widely available throughout the United States. And just two months ago, the State Legislature aggressively expanded the laws in a bill, AB 2847, signed by Governor Gavin Newsom in September. As part of that bill, the California Department of Justice must remove three firearms from the Roster that are not compliant with its current requirements for every single new firearm added to the Roster, thus guaranteeing that the market of handguns available to Californians will be even further restricted.