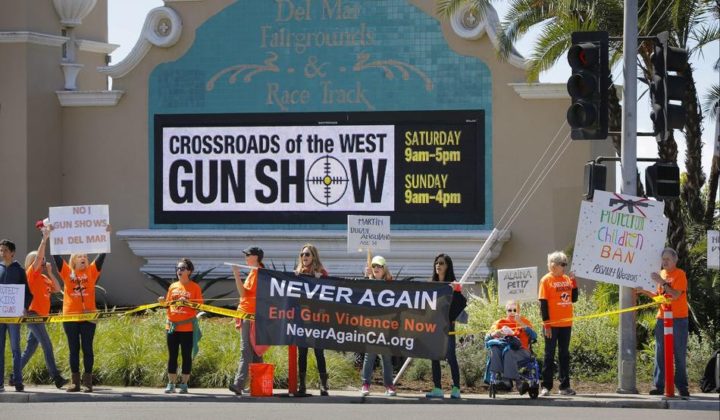 Michael Schwartz, executive director of the San Diego County Gun Owners group, held a news conference in July to announce a “challenge” to anyone who could prove a crime occurred the gun show, offering to donate $10,000 to the favorite charity of anyone who could provide such evidence.

Schwartz did not attend Tuesday’s meeting. The group’s executive administrator, Wendy Hauffen, was there and presented the board with a stack of letters signed by elected city officials from across the county in support of the gun show.