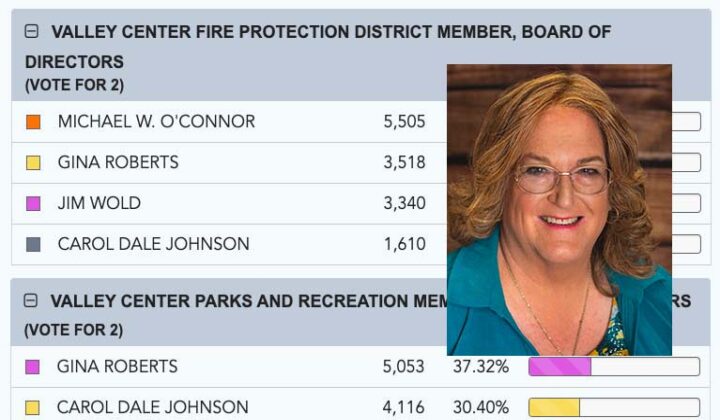 Gina Roberts is batting .500 in runs for elective office. After losing two school board races, the Valley Center woman made up in a flash this month by winning two seats at once.

“As far as I know, there are no other transgender Republicans in elected office in the state,” says Menlo College political science professor Melissa Michelson, an expert in LGBTQ rights. Roberts may even be the second trans GOP’er to win office in U.S. history.

Roberts has been breaking barriers for years, including being the first transgender delegate to the California Republican Party — back in 2017. She’s president emeritus of the San Diego chapter of Log Cabin Republicans and has been a member of the county GOP Central Committee since 2016.