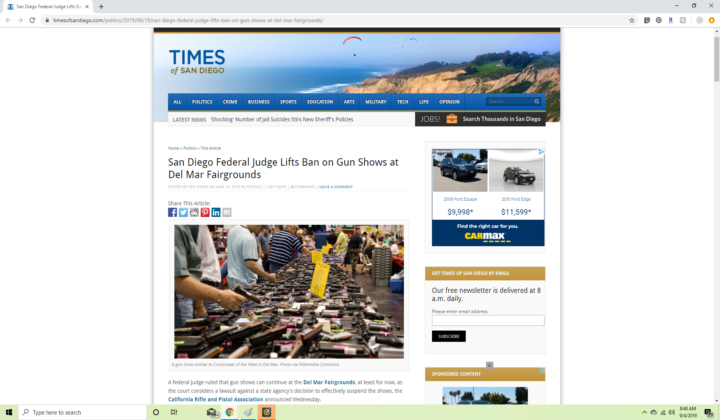 In an order signed Tuesday, the judge said: “Upon request by Plaintiff B&L Productions Inc., d/b/a Crossroads of the West (“B&L”), the District must make available the next available date for a gun show and allow B&L to reserve dates for gun show events (and to hold such events) at the Fairgrounds as the District would any other show promoters who have previously held events at the Fairgrounds.”

The state’s 22nd District Agricultural Association Board of Directors, which oversees the Del Mar Fairgrounds, voted last September to temporarily ban the sale of guns and ammunition at the fairgrounds until state legislators could iron out concerns about on-site purchases.

The Times of San Diego