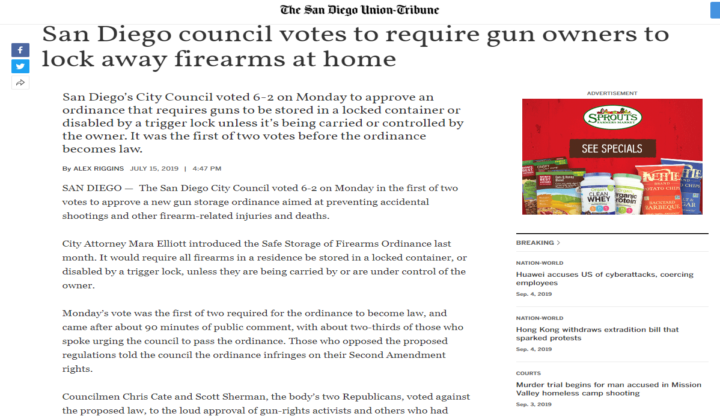 Michael Schwartz, executive director of the political action committee San Diego County Gun Owners, said in a statement after the vote that the ordinance “is unenforceable and unconstitutional and it invades someone’s privacy and choice in their own home.”

While Elliott has repeatedly called the ordinance a “common-sense gun-safety law,” Schwartz said there is “nothing common sense” about it.

Councilwoman Monica Montgomery supported the ordinance, with the caveat that it be enforced fairly and not be used to target communities of color.