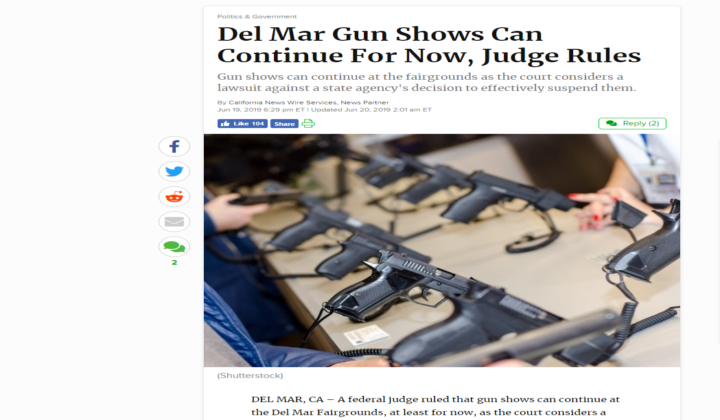 Gun control activist groups like Never Again California, a group of Del Mar residents and the cities of Del Mar, Encinitas and Solana Beach called for an end to gun shows at the fairgrounds last year in response to mass shootings and instances of gun violence around the country.